'Are you kidding me?': Tommy Tiernan frustrated in Roy Keane interview 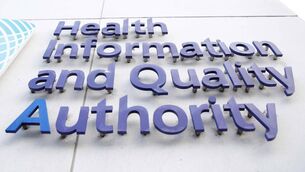