Like them or not, flood relief schemes didn't fail during Storm Ellen and Storm Francis 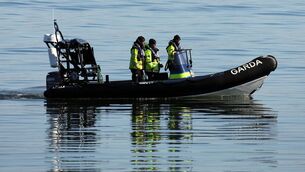