Accused said he was 'not under threat' when he started jeep, garda tells Kevin Sheehy trial 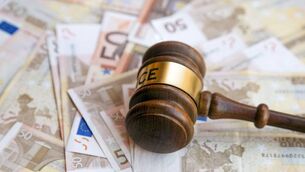