'With all that's going on with police in this world, I shot him,' said man accused of Garda Horkan murder 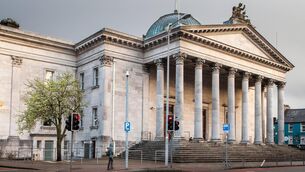