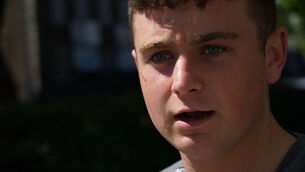 Three men armed with knives, pitchforks and a firearm charged with violent disorder