‘These declarations and acts were hateful and wrong in the 1930s, and remain so today’
 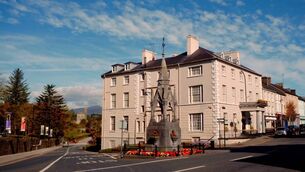