Great Barrier Reef 'should be on list of world heritage sites in danger'
ESRIPlace: Republic of Ireland
 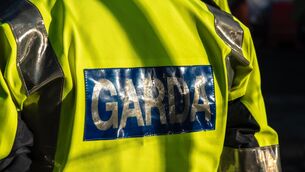