'I don’t turn on the lights': Pension rise would help with essential costs

Caitriona Twomey: People are without so much — 'grim' is the only word that suits it

'I don’t turn on the lights': Pension rise would help with essential costs
#Cost of living#Inflation
 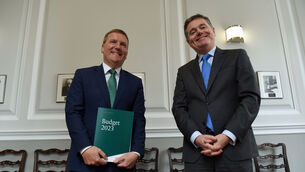