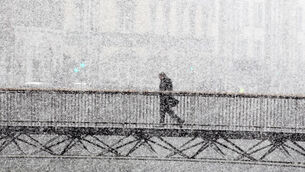 Ice warning as temperatures to plunge across the country