Irish Examiner view: Time to move forward but let's keep our guard up 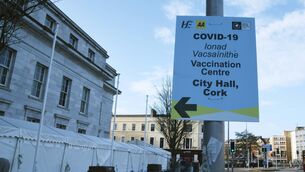