Covid-19 cases rising nearly everywhere in the world, warns WHO 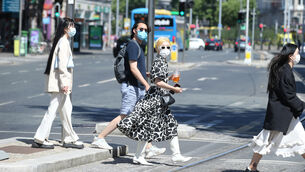