Coalition colleagues distance themselves from Varadkar's comments on arming gardaí 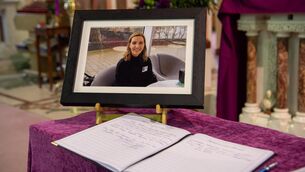