These are some of the latest and most read stories on irishexaminer.com this evening.">
X
Greg Murphy
     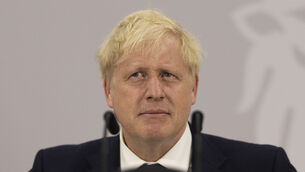