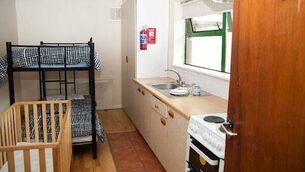 Record high of 11,397 people in emergency accommodation in October