What should you be looking out for when buying your next car?

7 new electric vehicles you need to check out
 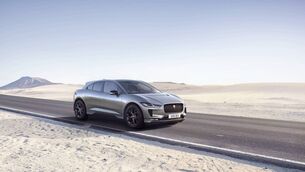