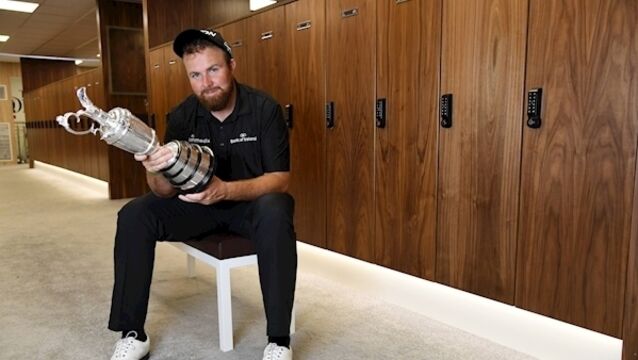 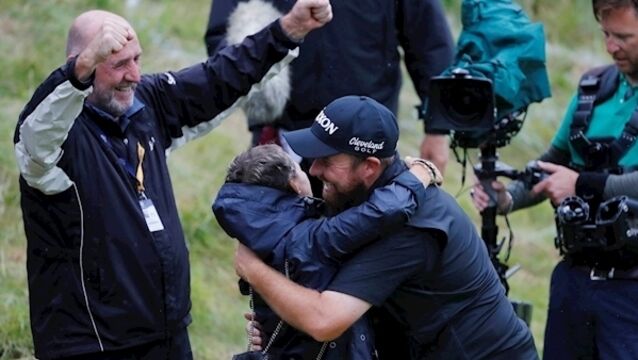 Anatomy of an Open win

No man is an island, not even in a non-team sport like golf and while Shane Lowry is not one to use “we” when referring to his achievements in the style of many of his counterparts in golf’s elite, the Irishman is not afraid to give credit where it is due. 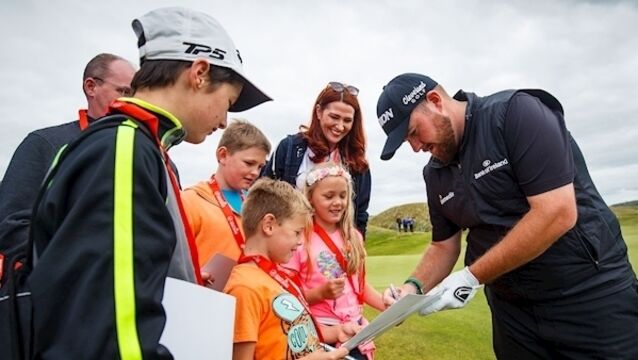 Harrington says Shane can finish the job this time

GameTech: Plumb the depths of adventure

Sometimes, you get that sinking feeling when playing a game. Other times, a game floats your boat immediately. The Sinking City is one of those rare experiences that might just do both.

Shane Lowry knows he has the game to win majors and play Ryder Cup but he also knows that Europe and not the US might be the perfect launchpad as he bids to make Pádraig Harrington’s team for Whistling Straits next year.

Finding the right line between testing and ‘tricked up’

In recent years, the USGA has suffered from an identity complex. It tries to protect par and live up to its reputation as golf&rsquo;s toughest test.

Even for the best, golf is littered with headwrecking frustrations

In every sport, there&rsquo;s a team, or a venue, or an event, or a player that proves to be someone&rsquo;s nemesis. Sometimes it just gets in the player&rsquo;s head but it proves to be a complete bogeyman&hellip; and golf is littered with them, says&nbsp;Kevin Markham

Graeme McDowell refused to hit the FedEx Cup panic button and insisted he was already looking forward to the 2017-18 season before missing the cut in the US PGA at Quail Hollow.

The year is 1973 and Jack Nicklaus is home alone.&nbsp;

Shane Lowry: ‘Some week it’ll come together. Hopefully, it’ll be this week’

To many golfers, being touted as a potential major winner is the sort of endorsement they could do without. Yet far from feeling cursed after having his credentials boosted by P&aacute;draig Harrington ahead of this week&rsquo;s Open Championship, Shane Lowry seems perfectly at ease with the suggestion.

Shane Lowry ready to rock up at Irish Open

Shane Lowry would be the first to admit that he&rsquo;s been guilty of turning a drama into a crisis and making a simple game seem endlessly complicated.

Shane Lowry is saddened there will be no repeat fairytale for an amateur in next month&rsquo;s Dubai Duty Free Irish Open.

Shane Lowry is looking forward to a return to the type of US Open courses which produce "carnage" after the experiment with two new venues in the last three years.

All I needed was few more breaks at US Open, says rueful Shane Lowry

He might have had just one top 10 finish since last year&rsquo;s US Open but Shane Lowry is heading into the meat of the summer with renewed confidence despite a mediocre week at Erin Hills.

Windy conditions at Erin Hills to test US Open frontrunners

The leaders are set to face Erin Hills at its hardest today.

Old man par is usually your friend at the US Open but Erin Hills is such an unknown quantity that the world&rsquo;s best are hedging their bets on the winning score this week.

Henry Shefflin to investigate the secrets of success

Kilkenny hurling legend Henry Shefflin delves into the concept of winning in a new documentary to be aired on RT&Eacute; One on Monday at 9.35pm.

There will have been no tears from Shane Lowry as confirmation came that Darren Clarke would not be making him one of his captain&rsquo;s picks for Hazeltine next month.

P&aacute;draig Harrington is ready to play golf&rsquo;s elder statesman role with off-form Shane Lowry when the Irish pair reunite after the PGA Championship for a practice round at the Travelers Championship in Connecticut.

Shane Lowry logged his third consecutive missed cut and left the PGA Championship admitting his Ryder Cup dream was over.

Gregarious Emiliano Grillo a breath of fresh air at Baltusrol

Bless his heart, but it took a young man from Argentina to remind those of us here in America that our stubbornness needs to be rectified.

Pádraig Harrington: Major experience will stand to me in close contest

P&aacute;draig Harrington clearly knows what it takes to win a major championship. It does not necessarily mean he will be able to deliver a fourth title on Sunday at Baltusrol but his 2008 PGA Championship victory could offer the blueprint.

Rory McIlroy is looking to kick out of neutral and hit top gear as he aims to transform a &ldquo;B-minus&rdquo; season into an A-plus campaign at this week&rsquo;s PGA Championship.

Top trio have one last shot at glory

Tick, tick, tick. Time is running out for Jason Day, Jordan Spieth, and Rory McIlroy to make their marks on the 2016 major championship season.

Dustin Johnson the man in form, but who will prove king of Royal Troon?

The motto of Royal Troon Golf Club sums it all up rather nicely. The Latin which adorns the 138-year-old Ayrshire links&rsquo; crest reads: &ldquo;Tam Arte Quam Marte&rdquo;, which means &ldquo;as much by skill as by strength&rdquo;.

Shane Lowry returns to the major championship arena today armed with confidence rather than burdened by disappointment following last month&rsquo;s US Open near-miss.

Time to walk the Open tightrope at Troon

Just ask the players. The Open Championship test is like no other because unlike the one-dimensional bomb-and-putt target golf they play for the rest of the year, links courses offer so much variety, and they demand so much more from a player&rsquo;s arsenal, like the forgotten skills of imagination and shot creativity.

Shane Lowry looking to bounce back from US Open disappointment

Shane Lowry is convinced he can challenge for the Open title after overcoming his US Open heartache.

Rory McIlroy has announced his return to The Open Championship by throwing down the gauntlet to his major rivals by declaring he is ready to spring back to top form.

Graeme McDowell returns to the course where his major championship journey began in 2004, armed with a dozen years of knowledge and a belief he can finally solve The Open puzzle.

Dustin Johnson has set his sights on becoming world number one as he heads into next week&rsquo;s Open Championship at Troon seeking a third win in a row.

Way back in 2009, when Shane Lowry won his maiden event on the European Tour as an amateur, the manner of his victory raised more than a few eyebrows among professional golf&rsquo;s aristocracy.

Punching above our weight: Halcyon days indeed — enjoy them!

IF sport can be a barometer of national well-being then these are indeed golden, halcyon days.&nbsp;

Dustin Johnson has the slow walk, the bristled jaw and the gunslinger&rsquo;s eyes of a Sergio Leone bounty hunter.

Shane Lowry laments not taking a step back

&ldquo;I was probably a bit hard on myself right then, coming in as well. I think if I had just relaxed a little bit more, I could have done something a bit better."

Dustin Johnson no longer defined by wicked whispers and meltdowns

Dustin Johnson has had to put up with being called many things, many of them unrepeatable without the advice of a lawyer, but he will not mind his latest tag &mdash; major winner.

Strange place, this Oakmont Country Club. Perhaps the only place in our golf world where it is the goal of membership to inflict pain.

Heartbreak for Shane Lowry and joy for Dustin Johnson at Oakmont

Three late three-putts cost Shane Lowry the US Open as Dustin Johnson made a rules controversy irrelevant by storming to a massively impressive three-stroke maiden major triumph at Oakmont.

He was leading the US Open but Shane Lowry might as well have been chatting over the garden gate to a neighbour as he headed done the par-five 12th at Oakmont with a one-shot lead.

Rory McIlroy veered from the sublime to the ridiculous to miss the halfway cut in the US Open as Lee Westwood and Shane Lowry remained firmly in contention at Oakmont.