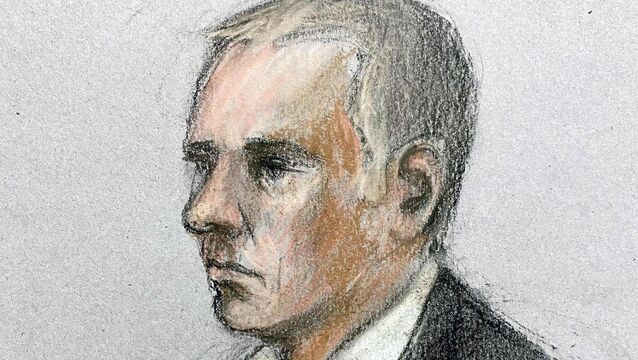 'It's lies, it's rubbish talk trying to impress someone, there's nothing to it,' said Dowdall 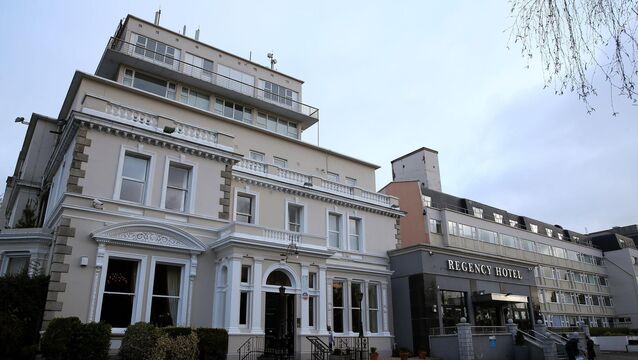 On the second day of Gerard Hutch's trial, court views dozens of clips from the Regency Hotel on the day David Byrne was killed 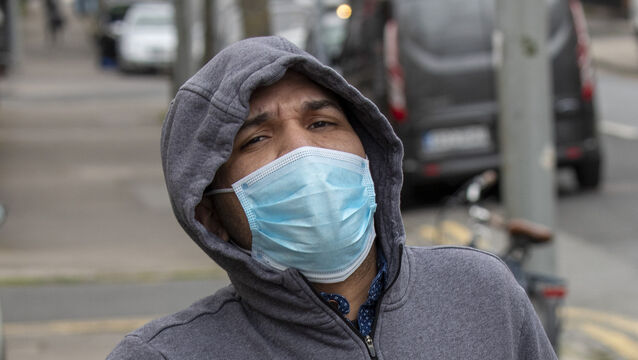 Dearbhail McDonald: Rapists think they can get away with it — because most of them do

THE pandemic of sexual violence will only be eradicated when we address the underlying culture, attitudes, and beliefs that fuel it, writes Dearbhail McDonald

The Central Criminal Court heard that a 58-year-old man sexually assaulted 14 girls in his flat over a period of years in the 1990s and early 2000s.

The court heard the man described his daughter as "an unhinged fantasist with a history of making false allegations".

No hot water in a court-house, hand sanitiser going missing, and suggestions that some offices were getting favourable treatment were among the complaints the Courts Service received from lawyers and officials as coronavirus began to spread.

Trainer whose greyhound failed drug test 'no case to answer'

It emerged in September 2017 that urine samples taken from Clonbrien Hero at Curraheen Park greyhound stadium in Cork tested positive for benzoylecgonine on June 24, July 1, and July 22 in 2017

The man already has convictions for rape from Poland and has served a three-year prison sentence for threat to kill following an Irish conviction in 2013.

A man who raped two European women who were working as prostitutes in Ireland has been jailed for 20 years after the judge described the crimes as a “vicious and shocking”.

A meat factory worker has been jailed for nine years for using his boning knife to kill his housemate after losing hundreds of euro to him in poker.

'Every woman is entitled to withdraw consent': Man jailed for raping woman in back of car

In her victim impact statement, which was read out in court, the victim said she felt like the rape was her fault after it happened. She said she felt worthless.

A convicted killer has been released from custody after a warrant seeking his extradition to the Netherlands was found to be invalid by the High Court in Dublin.

A Dublin man has pleaded guilty at the non-jury Special Criminal Court to having a sub-machine gun and three handguns with intent to endanger life.

Tomasz Paszkiewicz has been cleared of murder, but convicted of the manslaughter of fellow Polish man Marek Swider in Co Cavan, who he killed with a boning knife from a meat factory’s ‘kill floor’.

A jury has retired to consider its verdict in the murder trial of a meat factory worker, who killed his poker opponent with a knife from the factory’s ‘kill floor’.

A meat factory worker told gardai that he ‘probably’ got the knife that he used on the factory’s ‘kill floor’ from his kitchen before using it to kill his poker opponent at their Cavan home.

Murder accused was proficient with a knife from boning cow heads, court hears

Tomasz Paszkiewicz (39) has pleaded not guilty to murder but guilty to the manslaughter of fellow Polish man Marek Swider (40) at their home on Dublin Street, Ballyjamesduff, Co Cavan on January 1, 2018.

A 39-year-old man has admitted killing his housemate, following a row over a New Year’s Eve poker game at their Cavan home. He stabbed him with a knife he used in his job on the ‘kill floor’ in a meat plant.

Judge: No credibility for the stock criminals come from

A judge has insisted criminals will get no credibility in court for the stock they come from as she jailed a man for twice raping a teenage schoolgirl.

Victim did not leave bedroom for two months; Man who raped teenage schoolgirl at party jailed for 12 years

A Clare man who twice raped a teenage schoolgirl at his sister's birthday party has been jailed for 12 years.

Man convicted of raping two women who were working as prostitutes

A man has been convicted of raping two European women who were working as prostitutes in Ireland.

A Co. Leitrim man has been jailed for three years for the repeated rape of his sister in the early 1990s.

2,400 people from more than 90 countries to become Irish citizens

Three separate ceremonies will be held in Killarney to mark the occasion.

A woman secretly recorded a family meeting at which she confronted her brother about raping her when they were children, a court has heard.

The judge praised the victim, describing her as brave and ‘lucky that she is still with us’.

A county Kilkenny father who repeatedly sexually assaulted and raped his young daughter has been jailed for 13 years.

A woman did not carry out a severe knife attack on another woman because of “delusional” impulses but rather because of “anger” and “a sense of entitlement”, a consultant psychiatrist has told the Central Criminal Court.

The prosecution has said a 59-year-old homeless man suffered a particularly horrible death trapped head down in a rubbish chute - but the defence said the accused believed the victim would fall through the chute into a bin.

The man accused of murdering a Cork man in Bandon seven years ago was described by neighbours as howling like a dog and cheering after the body of the deceased was thrown in the river.

A company providing bespoke health insurance cover for certain foreign students here is challenging a notice that it must stop selling the policy to those whose courses last more than one academic year, the High Court heard.

The cabinet have approved the appointments of four senior judges to the Court of Appeal and High Court.

Sgt Maurice McCabe has said he was &ldquo;1,000%&rdquo; certain he was told that former Garda commissioner Martin Callinan had sent &ldquo;hundreds of texts&rdquo; to his then press officer to smear him with false child sex abuse claims.

The parents of a 23-year-old woman strangled to death by her boyfriend have said they will never forget what was inflicted upon their &ldquo;beautiful daughter&rdquo; and will never recover from her loss.

A school cleaner who stole over €100,000 in social welfare fraud over a 17-year period by pretending to be her sister has avoided a jail term.

A man who as a 12-year-old consistently raped his sister has been jailed for a year because the law at the time states that a child under 14 years old cannot be guilty of rape.

A father who sexually abused his 10-year-old daughter has apologised for not admitting to his crimes and for putting her through the painful experience of a trial last month.

Bernadette Scully verdict: Gasps and tears in court as GP cleared of manslaughter

A doctor on trial, charged with the manslaughter of her profoundly disabled daughter by giving her too much sedative, has denied that a suicide note she wrote afterwards was acknowledgment that she caused the girl&rsquo;s death, saying: &ldquo;I had lost my reason for living&rdquo;.

A doctor on trial, charged with the manslaughter of her profoundly disabled daughter by giving her too much sedative, has denied that a suicide note she wrote afterwards was acknowledgment that she caused the girl’s death, saying: ‘I had lost my reason for living’.

A manslaughter trial has been told that an Offaly GP gave her 11-year-old, disabled daughter a toxic level of a sedative before taking an overdose herself.

A manslaughter trial has been told that an Offally GP gave her 11-year-old, disabled daughter a toxic level of a sedative before taking an overdose herself.

Sex offender gets 18 years for rape and abuse

A convicted sex offender has been sentenced to 18 years for raping a boy and sexually abusing another child 20 years later.

12 years for sex attacks on four sisters; Convicted rapist preyed upon partner’s daughters in their home

A Dublin man who sexually abused four sisters in their home has been given a 12-year sentence.

A man who sexually assaulted his four young daughters in a “horror of a home” has been jailed for four and a half years.