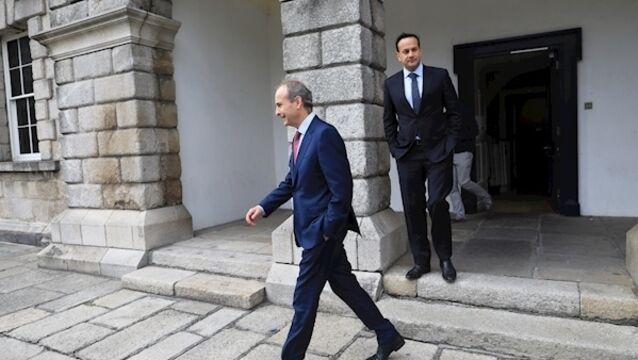 Daniel McConnell: Coalition acts early to establish how it will deal with inevitable clashes

On taking office in 2011, then Taoiseach Enda Kenny, his Tánaiste and Labour leader Eamon Gilmore had a frank heart to heart. 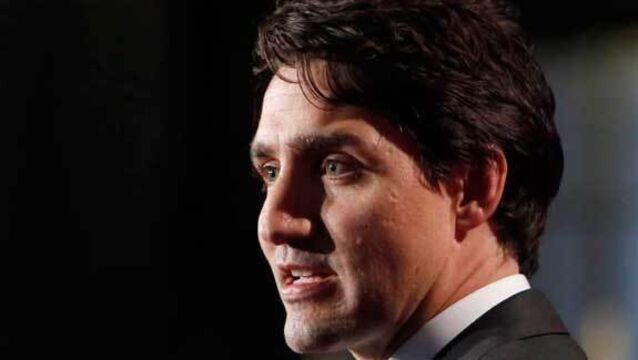 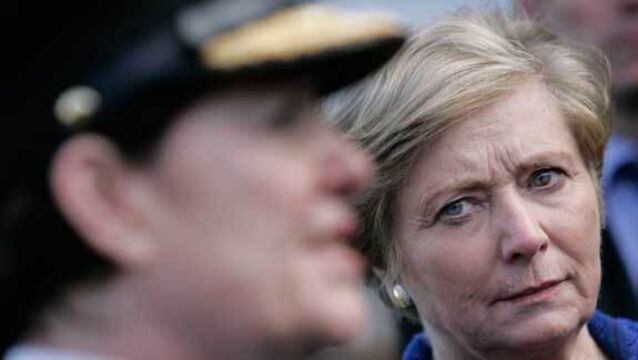 Plea for policing inquiry to have its freedom

The new policing commission must be &ldquo;wholly independent&rdquo; of the Government and should examine the Garda&rsquo;s relationship with the Department of Justice, a leading policing expert has said.

‘We did not just hide away the dead bodies of tiny human beings, we dug deep and deeper still to bury our compassion, our mercy’

Michael Noonan insists he is innocent of wrongdoing in Grace case

Finance Minister Michael Noonan&rsquo;s handling of the Grace case while he was health minister featured prominently at a meeting of Fine Gael ministers before Cabinet this week, the Irish Examiner has learned.

Fianna F&aacute;il refuses to hold the Government to account, preferring to put its own calculated government ambitions before the good of the country, writes Michael Clifford

There is growing pressure on the Government to launch an independent inquiry into the exposure of members of the Air Corps to cancer-causing toxins at Casement Aerodrome.

The HSE has called on the Government&rsquo;s most senior legal official to provide it with evidence showing why it must publish two detailed reports into the Grace foster abuse scandal, amid an ongoing stand-off between the State bodies.

John Deasy: '10 to 15' TDs want Taoiseach to leave before he is 'dragged out'

We have a circus, not a government

WHEN is a government not in government? When it is so convulsed by obfuscation and indecision that it fails to function to any reasonable degree.

Macra news: Macra to be on show at the ploughing

Visitors to this year&rsquo;s National Ploughing Championships will have the opportunity to learn about all things Macra.

A border poll may undermine relations with the North and would be &ldquo;unsuccessful&rdquo;, Social Protection Minister Leo Varadkar has insisted.

A gamble on privatisation? - Broadband ownership

A GOOD number of the difficulties facing this society can be traced to an over-reliance on the market to solve problems.

Pause on moves to repossess homes

A moratorium on home repossessions is among the recommendations due to be published by a cross-party Housing Committee.

Homeless children in emergency accommodation 'banned from playing in garden'

Homeless children put up in a hotel are banned from playing in the garden but dogs are allowed, an Oireachtas watchdog has heard.

Taoiseach Enda Kenny has set out five priorities for his minority Government's first 100 days with ministers tasked with creating plans to tackle the housing crisis, rural broadband and hospital overcrowding.

Taoiseach Enda Kenny's new government is facing its first controversy amid reports of radical health service reform which opponents have said are out of the "Tory handbook".

Kehoe: Opposition parties will have more influence over legislation now

Former Government Chief Whip Paul Kehoe has said that the Opposition will have more influence than ever over legislation that is debated in the Oireachtas.

Fine Gael has rejected Fianna F&aacute;il demands to defer all water charges until every house in the country is metered as the move would effectively hand Miche&aacute;l Martin&rsquo;s party victory in ongoing talks on Irish Water.

Fine Gael ministers are privately warning that the D&aacute;il will collapse in the coming weeks if there is no agreement on government and spending for departments cannot be agreed.

Eamon Ryan wants to return with the Green team

Green Party leader Eamon Ryan has said he hopes to return to the D&aacute;il with four TDs after the general election. He said that on a good day, he sees them coming home with a &ldquo;team&rdquo; to again establish the Green Party as a force in national politics.

Pat Rabbitte, Michael Kitt, and Joe Higgins are among the political stalwarts who have taken the opportunity to bid farewell to the D&aacute;il before stepping down.

Environment Minister Alan Kelly is considering placing a levy on insurers after they refused to budge on the issue of flood insurance.

One of the biggest stars of Irish golf, Christy O&rsquo;Connor Jnr, has been remembered as a gentleman and sporting inspiration after he died on holiday in Tenerife.

The European Space Agency and Enterprise Ireland have agreed to establish a business incubator to support space related companies in Ireland.

Peak water levels yet to reach some areas along River Shannon

Communities living along the River Shannon are still at a high risk of flooding with water levels predicted to rise further in the coming days.

Growing criticism over the botched inquiry into IBRC&rsquo;s transactions has prompted calls for the Government to prioritise a probe into the controversial Siteserv sale.

A terrorist attack on Ireland is possible but not likely, Taoiseach Enda Kenny has said, after being briefed by Irish security forces.

Developers who build affordable homes in Dublin and Cork will receive sweeteners under a package announced by the Government to tackle the rent and housing crisis.

Siteserv inquiry delayed till after election

The Government&rsquo;s high-profile investigation into the sale of Siteserv to businessman Denis O&rsquo;Brien and a string of other controversial deals will not be completed before the election because of a legal brick wall over what it can examine.

A group protesting about the homeless crisis including TD Ruth Coppinger has agreed before the High Court to end occupation of a show house in a Dublin housing estate.

Capital spending plan: A capital plan but a manifesto by any other name

Many of the projects listed are worthwhile but there was electioneering in the air, writes&nbsp;Juno McEnroe

Housing crisis fix ‘not just a matter of money’

Taoiseach Enda Kenny has insisted fixing the housing and homeless problems in Dublin and elsewhere is not just a matter of money.

Sinn F&eacute;in has said it is &ldquo;open&rdquo; to the potential return of the Independent Monitoring Commission to ensure paramilitary groups no longer exist after Northern Ireland&rsquo;s secretary of state said this may be the only way to resolve the current crisis.

SF: Meeting between Taoiseach and SDLP 'a huge mistake'

Sinn Féin has criticised a meeting between the Taoiseach Enda Kenny and the SDLP.

An independent monitoring commission-style group could be brought back to examine ongoing paramilitary activity in a bid to save Northern Ireland&rsquo;s power-sharing government from collapsing, over the provisional IRA crisis.

No Phil Hogan apology for Irish Water ‘any time soon’

People expecting former environment minister Phil Hogan to apologise for his key role in the creation of Irish Water will be waiting a long time, the Government chief whip has warned.

Irish Water has run from one controversy to another but now things have got a whole lot worse, writes political reporter Juno McEnroe.

ICSA calls for clarity from ABP on Cahir upgrade

The Irish Cattle and Sheep Farmers Association (ICSA) has called on ABP to outline what the new gel bone processing process in the &euro;50m upgrade of its Cahir, Co Tipperary plants will do in terms of better beef prices for livestock farmers.

Taoiseach Enda Kenny has been accused of staying "silent" on the IBRC deals controversy, Garda&iacute; have launched a murder investigation after a 25-year-old man died in west Dublin, a 58-year-old Irish nun visiting Rome was trapped in an elevator for three days and John Delaney is urged to take a voluntary 50% pay cut.&nbsp;Here&rsquo;s this evening&rsquo;s irishexaminer.com catch-up.

AS exercises in optimism go, the decision &ndash; inevitably over-ridden &ndash; that an accountancy firm centrally involved in the Siteserv deal &mdash; KPMG &mdash; should lead an inquiry into that sale was on a par with one of Sepp Blatter&rsquo;s move-along, nothing-to-see-here fantasies.&nbsp;

Exporters&rsquo; reputation as the economic engine of the country was further cemented yesterday as figures revealed that exports hit record levels in 2014.

Anger at absence of tourism joint effort in Cork

A Government TD has criticised the pace of efforts to market Cork as a single tourist destination.