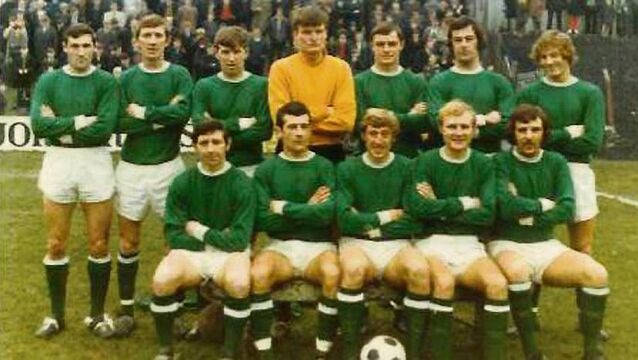 Y OU have to be of a certain vintage for the recent passing of Dave Bacuzzi to register in your conscience. 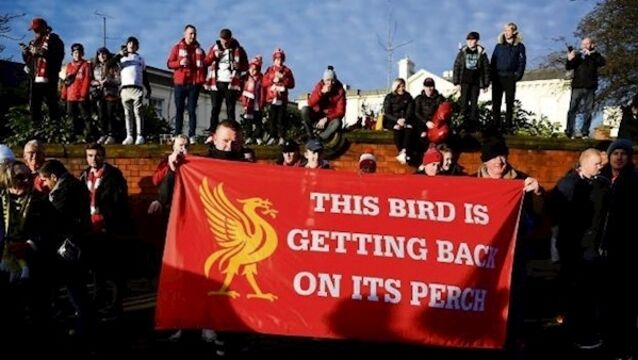 Ask any long-suffering Liverpool fan like me what's been missing over the last 30 years, and one name comes to mind - Graeme Souness. 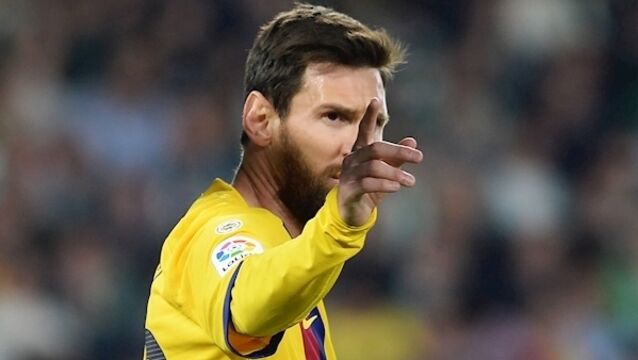 Tommy Martin: Time is sadly running out for magical Messi

Steven Kelly: Liverpool's motto for this and every other clash with Man United should be forever wary

Terrace Talk: Liverpool - I won’t lie about the penalty. I’ll just say it was karma

Antoine Griezmann intends to stay calm and focused on making the most of a new start at Barcelona as the fall-out from his transfer from Atletico Madrid rumbles on.

Terrace Talk: In case you’ve forgotten, there’s quite a big game of ball on tomorrow too...

Here’s a quote from Monday’s Irish Examiner: “There’s a mental scrapbook of past experiences that may half-convince some to fantasise, but realism will strike tomorrow whether you want it to or not.”

Terrace Talk: Forget the past — it’s all balls and fortune now

We’re almost there, although we still don’t know where “there” is yet. It’s been whittled down to heaven or hell, with nothing in between.

Fired-up Suarez back to bite Reds

Luis Suarez led the way and Lionel Messi added the killer blows as Barcelona battled to a 3-0 victory in last night’s Champions League semi-final first leg at the Camp Nou.

Five pointers for the second leg

It’s been interesting to see the way Barca have managed their Champions League away fixtures this season because not all their matches have proved to be end-to-end goal feasts.

This has been a decent season for Lionel Andres Messi.

Manchester United managed to stifle Lionel Messi, bloodied and bowed after a nasty first-half injury, but their nemesis Luis Suarez played the pivotal part in the only goal of this Champions League quarter-final first leg.

A less devastating Barcelona can still turn up intensity

Manchester and Barcelona have an unusual amount in common this week.

Uruguay captain Diego Godin bristled at the suggestion that his team might resort to a physical approach to neutralise Egypt forward Mohamed Salah on his return from a shoulder injury in their World Cup opener today.

All the latest from the action in Spain, Italy, Germany and France.

It is hard to believe, given her enduring brilliance and renowned seriousness for preparation and playing, but Anne Dalton actually turned down two invitations to step up to the Kilkenny senior camogie panel.

Suarez breaks duck as Barca put one foot in semis

Luis Suarez scored his first Champions League goal of the season to earn Barcelona a 4-1 victory over Roma in the first leg of their quarter-final.

Ryan Giggs defended Gareth Bale&rsquo;s contribution after he suffered his first defeat as Wales manager to Uruguay in the China Cup final.

Mohamed Salah's record-breaking season shows no signs of slowing down as four goals in the 5-0 victory over Watford put him in pole position for the Premier League's golden boot.

“It was a massive experience, a massive achievement for me and my family. Words can't really describe how it felt walking out there.”

4 things we learned: More striker woe for Big Sam as Lukaku answers his own critics

Four things we learned from the Premier League this weekend.&nbsp;

Terrace Talk: Liverpool - Let’s blow our own trumpet for once

Three points glosses over everything. Whatever you thought about the intermittently sloppy performance, it was easily enough to beat abysmal Southampton.

Barcelona coach Ernesto Valverde will not encourage striker Luis Suarez to play with any less aggression than usual in tonight&rsquo;s Copa del Rey semi-final second leg (8.30pm) against Valencia despite being one yellow card away from missing the final.

Barcelona are in pole position to reach a fifth consecutive Copa del Rey final after Luis Suarez's winner saw off Valencia 1-0 at the Nou Camp.

Philippe Coutinho made his first LaLiga start for Barcelona but it was Luis Suarez and Lionel Messi who stole the headlines once again in a 2-1 win against Alaves.

In a fixture stepped in history, at a ground where legends watch not just from the stands but from the walls and the heavens, Liverpool&rsquo;s latest hero stepped forward and put his mark on the occasion.

Happy new year. If that lasts past 5pm today, I&rsquo;ll be amazed.

You rest your best against anybody but Everton

Here we are again, at the point where there is genuinely something to lose. When &ldquo;at least they didn&rsquo;t get beat&rdquo; doesn&rsquo;t cut it any more. Not against &lsquo;them&rsquo; anyway&hellip;

Terrace talk: Liverpool - Wild ride is like being drunk on a bouncy castle

I could get used to this. It won&rsquo;t last, but still.

In preparing to face the threat of Danish dangerman Christian Eriksen in the World Cup play-off, Martin O&rsquo;Neill believes his players are entitled to take encouragement from how they coped in the recent past with other standout stars like Zlatan Ibrahimovic, Gareth Bale and the Bosnian duo of Edin Dzeko and Miralem Pjanic.

‘A special time to be a Cork fan. It may take time to fully realise that’

The first man to captain a Cork City side to a League of Ireland title believes it may take years before the scale of the club&rsquo;s achievements this season are recognised.

Politics takes a back seat to Barcelona’s first slip-up

All week the build-up to Barcelona&rsquo;s visit to Atletico Madrid on Saturday night had centred on the difficult political situation in Spain, with a push towards independence in Catalonia, and the central authorities in the capital pushing back.

Another heartstopper: why is this so frustrating?

At least we didn&rsquo;t lose sight of the leaders. Beating Leicester keeps City and United within raha ha ha ha ha ha. Ah no, not with a straight face&hellip;