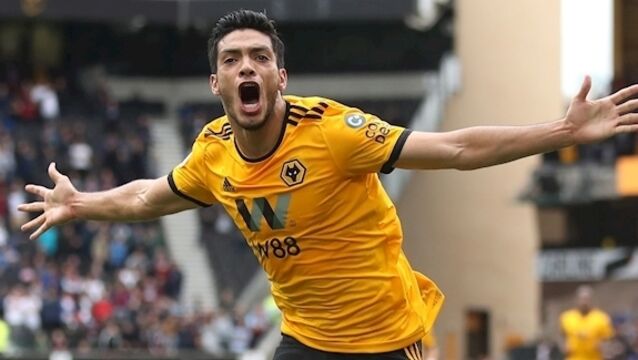 Raul Jimenez was on hand to head home a late leveller for Wolves as Arsenal let a lead slip for the third time in a week to increase pressure on head coach Unai Emery. 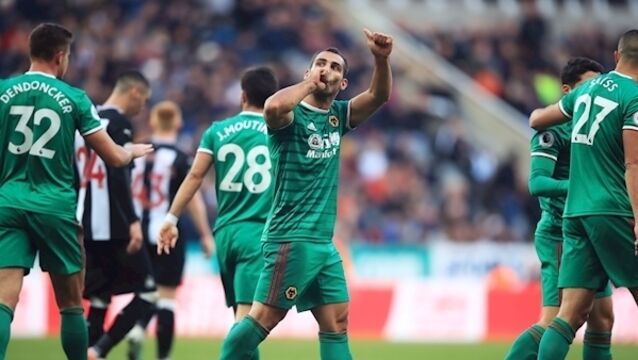 Jonny on the spot to deny 10-man Newcastle victory 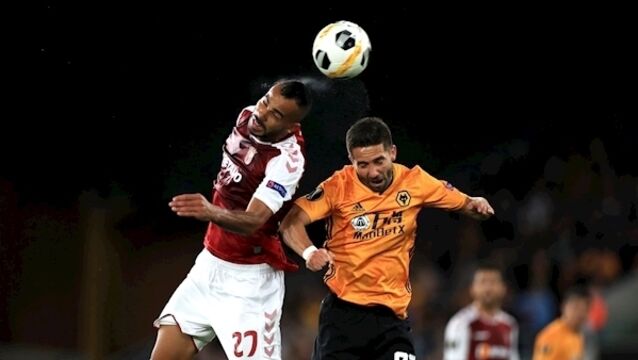 European wake-up call as Wolves beaten at home by Braga

Ricardo Horta struck to earn Braga victory as Wolves’ European dream was given a wake-up call.

Nowhere to hide for Pogba after penalty gaffe

Wolves have never hidden their ambitions. At a business breakfast event in the city in September 2018, then-managing director Laurie Dalrymple spoke of his pride at Wolves’s progress over the previous two years.

Manchester United may have finished only sixth in the table last season but they comfortably retained their position as the leading developers of Premier League talent.

It is part of Manchester United and Ole Gunnar Solsjkaer’s much-vaunted “DNA” for the club to do everything with a healthy pinch of drama and, based on the way his 10 men toiled in defeat at Molineux last night, the chase for the Champions League this season will be no different.

Ronaldo forced off injured as Portugal held by Serbia

Cristiano Ronaldo went off injured as reigning European champions Portugal were held 1-1 at home to Serbia in their Euro 2020 qualifier.

Chelsea slipped 10 points behind Manchester City in the Premier League title race after a shock defeat at feisty Wolves.

Manchester City can consider themselves highly unfortunate not to beat Wolves. They hit the woodwork three times, Rui Patricio made a world-class save from Raheem Sterling, Gabriel Jesus missed a simple chance, and the Wolves’ goal should have been disallowed for handball.

The World Cup was crying out for a classic, and it certainly go one here in Sochi as Cristiano Ronaldo underlined his legendary status with a late free-kick to complete a hat-trick and seal a remarkable 3-3 draw for Portugal against underfire Spain.

Portugal claimed third place in the Confederations Cup with a fiery 2-1 extra-time victory over Mexico in Moscow.

Bravo the hero as Chile beat Portugal on penalties

Portugal coasted to a 4-0 win over New Zealand in St Petersburg and secured their place in the semi-finals of the Confederations Cup.

France forward Antoine Griezmann was named player of the tournament after leading the Euro 2016 hosts to Sunday&rsquo;s final where they lost to Portugal in extra-time.&nbsp;

Cristiano Ronaldo has last word in battle of the superstars

Portugal 2 Wales 0:&nbsp;It shouldn&rsquo;t be all about Cristiano Ronaldo, it really shouldn&rsquo;t, but from the moment people labelled this match as Ronaldo v Bale you knew there was no way on earth he was going to settle for second best &mdash; and that&rsquo;s why Wales are finally out of Euro 2016 and Portugal can look forward to the final in Paris on Sunday.

Christiano Ronaldo a bit part player but can functional Portugal win it?

There was a time when Portugal were considered the Brazil of Europe, for the flair with which they played football more than the commonality of language.

Portugal survived a shoot-out drama to beat Poland 5-3 on penalties in last night&rsquo;s Euro 2016 quarter-final. It was a night where Renato Sanches demonstrated why Manchester United tried &mdash; and ultimately failed &mdash; to beat Bayern Munich to his signature with a spectacular solo goal for Portugal.

Cristiano Ronaldo missed a penalty - and spurned a hatful of other chances - as Portugal were frustrated at Euro 2016 yet again and held 0-0 by Austria.

Chris Smalling sent England to Euro 2016 on the back of another win, but the late header could not mask an underwhelming display against Portugal.

No problems for Chelsea against Sporting

Blues so wasteful, but Matic header does the trick

The only thing flowing more readily than goals at the World Cup are the did-you-know stats from did-you-know-it-alls.

Larsson: Webb will not fall for Ronaldo’s ‘tricks’

Sebastian Larsson claims Sweden will be able to give Cristiano Ronaldo a rough ride in tonight’s World Cup play-off in Stockholm because English referee Howard Webb will not fall for his “tricks”.

Come back England, all is forgiven.

Cesc Fabregas was again the hero with the deciding penalty as Spain edged past Portugal 4-2 on penalties after a goalless 120 minutes in last night’s Euro 2012 semi-final in Donetsk.

Substitute Silvestre Varela kept alive Portugal’s hopes of qualifying from Group B with a late strike to spare the blushes of some of his more illustrious team-mates in Lviv.

Loew: It’s like an F1 race without the warm-up

Germany coach Joachim Loew felt Mario Gomez’s winning goal in the Euro 2012 victory over Portugal justified his decision to start with the Bayern Munich striker ahead of Miroslav Klose.

Germany off the mark against Portugal

Manchester City were left to concentrate solely on their title bid after falling agonisingly short of a place in the Europa League quarter-finals last night.

Goalkeeper Joe Hart thought he had scored an unbelievable winner for Manchester City when his injury-time header was pushed wide of the post as Sporting Lisbon held on to dump City out of the Europa League on away goals last night.

Injury worries for Mancini as City stunned by Sporting