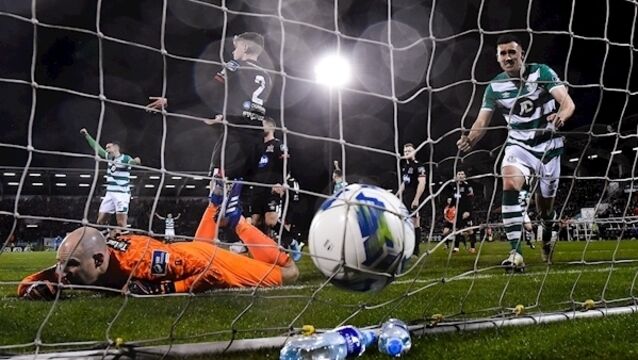 It might be way too early to try to predict the ultimate destination of the 2020 title, but Shamrock Rovers certainly made a convincing statement of their intent in that direction with this best-of-five win in what was a thrilling game against reigning champions Dundalk. 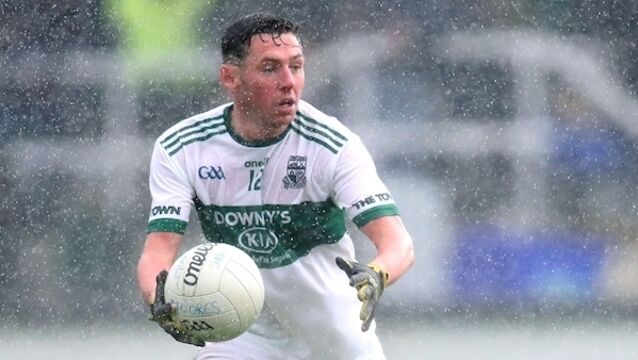 Portlaoise penalty hero Craig Rogers has maintained that finishing games on the day with novel shoot-outs to avoid replays is a sensible move. 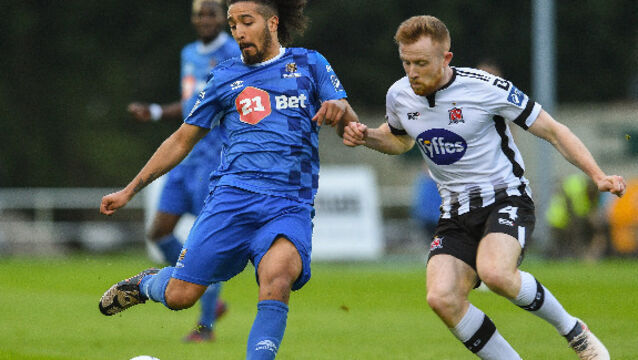 Waterford's dream goes on with defeat of Dundalk

Waterford FC 2 Dundalk 1: Not even the best of script writers could have written the story as Waterford FC&rsquo;s dream start to life back in the SSE Airtricity Premier Division continued as they moved to joint top of the table with a deserved 2-1 success over Dundalk in front of a massive 3,508 attendance at the RSC last night.

Slaughtneil ‘have set standard for themselves’

Dundalk 0 Legia Warsaw 2:&nbsp;Dundalk, as we know, have already won 3-0 against quality European opposition this season.

Dundalk in dreamland after another Champions League stunner

Dundalk 0 BATE Borisov 0 (BATE Borisov win 2-1 on aggregate):&nbsp;Raging anticipation gave way to crushing anti-climax in Oriel Park last night as Dundalk failed to get the one goal required to keep them in the Champions League.

Ireland off to flyer after twin first-half strikes

Republic of Ireland 2 England 0:&nbsp;First-half goals from Eleanor Ryan-Doyle and Saoirse Noonan got the Republic of Ireland off to a winning start in the elite qualifying round of the UEFA Women&rsquo;s U17 Championships at Turner&rsquo;s Cross last night.

Man gets 16 weeks in jail for microwaving rabbit

A man who microwaved his pet rabbit to death has been jailed for 16 weeks - with a judge branding the killing “sadistic”.

Islamic terrorists 'want to hit US'

Cities in America and western Europe are being eyed as Islamic State (IS) militants’ future targets and President Barack Obama needs to take action, two top politicians have warned.

A third top doctor has died from ebola in Sierra Leone, a government official said, as health workers tried to determine how a fourth scientist also contracted the disease before being evacuated to Europe.

In Britain they are becoming increasingly worried about field sizes, believing that a small number of runners in races are a turn-off for punters and bookmakers alike.

The quality of Mersey

This season’s Premier League is one of the most exciting we have witnessed in many years.

Serial killer Joanna Dennehy took a grinning selfie photograph of herself as she searched out further victims.

A jury yesterday failed to reach a verdict in the case of a post office manager accused of perverting the course of justice.

Rodgers: Gunners’ Suarez bid made them a laughing stock

Liverpool manager Brendan Rodgers admitted Arsenal’s “ill-advised” bid to sign striker Luis Suarez turned them into something of a laughing stock at Anfield.

Rainbow laces to give homophobia the boot in British leagues

Professional footballers in England and Scotland have been invited to support a campaign addressing homophobia in the game by wearing rainbow laces in their boots next weekend.

THE voice down the phone from Houston, Texas, is as familiar as a favourite uncle, an easy drawl heard countless times over the airwaves singing any of his multitude of hits.

Frankie Dettori will make his eagerly-anticipated return to the saddle at Epsom today after being cleared to return from his six-month suspension.

The future’s bright for the two Robbies

I guess part of me was just afraid.

Mistakes... I’ve made a few

DAVID DUCHOVNY ON MR ROGERS AND ME

It was a seemingly innocuous question towards the end of a group interview last Wednesday that had Brian Mulligan close to welling up.

Making a welcome return to Cork last Friday was acclaimed American saxophonist Joshua Redman who, along with bassist Reuben Rogers and drummer Chris Hutchinson, delivered a polished performance to the delight of a near-capacity audience at Triskel Christchurch.

Rodgers: Borini can shine in red

Sligo had to settle for a point from a match they could so easily have lost as their mid-season blip continued at Dalymount Park.

Reports on investigations into all deaths in prison will be published under a new regime put in place by Justice Minister Alan Shatter.

There is a danger in trying to analyse tomorrow’s league semi-final between Cork and Down of not seeing the difference between empirical fact and subjective assessment.

THE Inspector of Prisons is to investigate the suicide of killer Shane Rogers, who took his own life in a cell at Cloverhill Courthouse earlier this week.

The parents of a man found dead in a holding cell have said he was broken-hearted and full of remorse after killing a GAA star.

THE search for their holy grail of an FAI Cup win after half a century’s wait continues for St Patrick’s Athletic as their jinx in the blue riband reared its head again at Tolka Park last night.

Bohemians and Saints fail to fire

THE spoils were shared at Dalymount Park but both sides will admit this does not look enough to boost their fading title hopes.

A DOMINANT second-half display marked by three goals saw St Patrick’s Athletic get their new campaign off to a winning start in Terryland Park last night.

RARELY has a week been so dominated by talk of injuries. All eyes were on Nowlan Park last Wednesday for Henry Shefflin’s resurrection, and breath will be bated yet again in Croke Park tomorrow in the minutes before 3.30pm.

Rebels not out of the woods yet, warns O’Neill

CORK attacker Pearse O’Neill believes they have to discover a method of dismantling Dublin’s defensive system if they are to triumph in next Sunday’s All-Ireland semi-final.

The Last Resort: A Memoir of Zimbabwe

DERMOT WELD doesn’t pay many visits to Tipperary, but arrived specifically at the course last night to see his Natural High contesting the T.I.R.D Chamber Of Commerce Maiden.

Saints up against it after draw

AFTER admirable away draws for Bohemians and Derry City, St Patrick’s Athletic last night made it three one-ones on the trot for League of Ireland teams in Europe &ndash; but, with a precious away goal to take home with them, it was Valletta of Malta who were doing the celebrating at the end of this Uefa Europa League Second Qualifying Round first leg tie at Richmond Park.