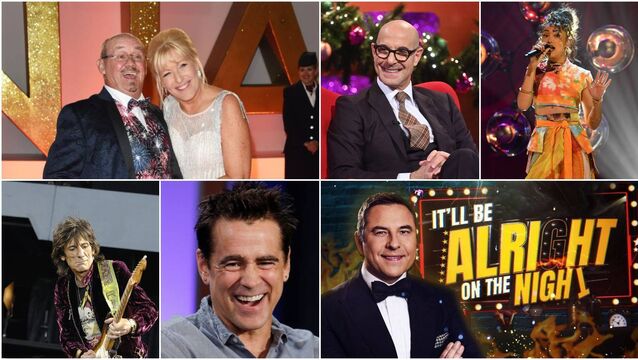 — and Circle of Friends, a new season of The Witcher, and disasters on It'll Be Alright On the Night with David Walliams 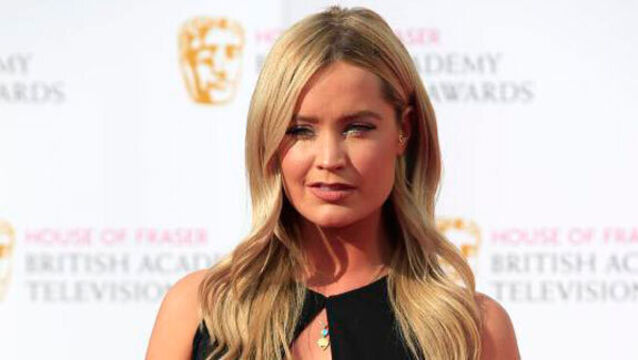 Laura Whitmore is the third celebrity contestant confirmed to compete in the new series of Strictly Come Dancing. 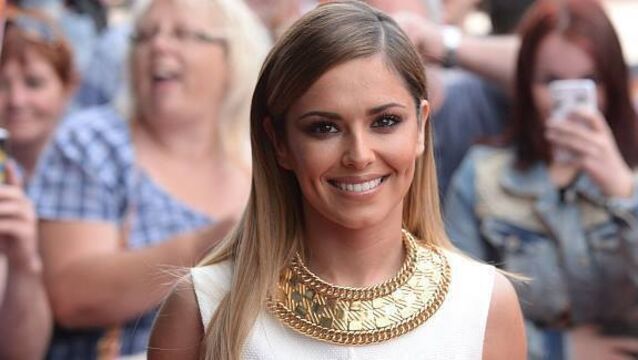 Cheryl Fernandez-Versini is leaving the X Factor to focus on her music career.

Kelly Brook can give you a virus

Kelly Brook has been named as the riskiest celebrity to search for online as part of a study into computer viruses and how hackers entice users to dangerous websites.

Check out our guide to the best of today's TV.

Check out our tips below for the best of tonight's telly.

A compilation of great moments from nearly a hundred MGM musicals. Numbers include a singing and dancing Clark Gable, and Eleanor Powell in her classic challenge dance with Fred Astaire.

GAME OF THRONES star EMILIA CLARKE&nbsp;has revealed why she has been hobbling about on crutches &mdash; she simply slipped. The actress &mdash; Daenerys Targaryen in the hit HBO show &mdash; has been pictured sporting some kind of leg injury.

The X Factor unveiled a &ldquo;new generation&rdquo; of judges after announcing that Radio 1 breakfast show host Nick Grimshaw and singer Rita Ora will join Simon Cowell and Cheryl Fernandez-Versini in the next series.

Your Thursday morning news round up

Garda&iacute; have arrested a man on suspicion of selling illegal drugs in a Dublin nightclub outside which Anna Hick collapsed, Manchester Utd have entered the fray in the Raheem Sterling saga, Chris Pratt confirms Avengers appearance and A six-year-old wonder boy from Co Limerick has become the country&rsquo;s youngest member of Mensa.&nbsp;These are some of the latest and most read news stories on irishexaminer.com this morning.

Your spoiler-free guide to tonight's television.

Pharrell Williams would be 'Happy' to collab with One Direction

Because he knows it doesn't have to be released if it isn't very good.

Your spoiler-free guide to the best of tonight's TV.

Quirky World...Comedian gets &pound;50 ticket after handing over &pound;5000 cheque to charity

Kim Kardashian West is considering moving to London. She likes the rain, apparently.

These celebs have got some questions about fracking

Paloma Faith, Jools Holland and Duffy are among the famous faces showing their support for MyFrackingQuestions.org, launching today.

Check out our spoiler-free guide to what to watch on the box tonight.

Dolly Parton believes Miley Cyrus will make "the right choices" for her career.

Harry Styles has reportedly become a follower of Kabbalah.

Celebrity mourners joined friends and family to bid a final farewell to Peaches Geldof at her funeral yesterday.

A host of celebrity mourners have gathered at the funeral of Peaches Geldof to say a last farewell to the tragic television presenter and model.

Tune into TV3 at 7.30pm for live coverage of the Uefa Champions League quarter-final, second-leg match at Stamford Bridge between Chelsea and Paris Saint-Germain.

A DJ, the star of Sherlock and the host of X Factor have topped the best dressed men’s list.

How likely are you to meet Harry Styles? There's an app for that!

A mobile phone app has been created to calculate the probability of someone meeting Harry Styles.

One Direction were the big winners at last night’s BBC Radio 1 Teen Awards.

There were two wins for One Direction at the Radio 1 Teen Awards.

One D's Harry 'lonely away from loved ones'

Harry Styles works out in the middle of the night because he's so lonely.

Price brands herself a 'Tango-ed Teletubby'

Katie Price says she looks like a "Tango-ed Teletubby".

Emeli crowned queen of the Brits

Chart-topping star Emeli Sande is queen of the Brit Awards after collecting two of the biggest prizes as she declared: “This is a dream.”

Emeli crowned Queen of the Brits

Chart-topping star Emeli Sande was the queen of the Brit Awards tonight after collecting two of the biggest prizes as she declared: “This is a dream.”

Chart act Calvin Harris claimed today that he crashed The X Factor stage to "make a mockery" of the competition and its "terrible" music.