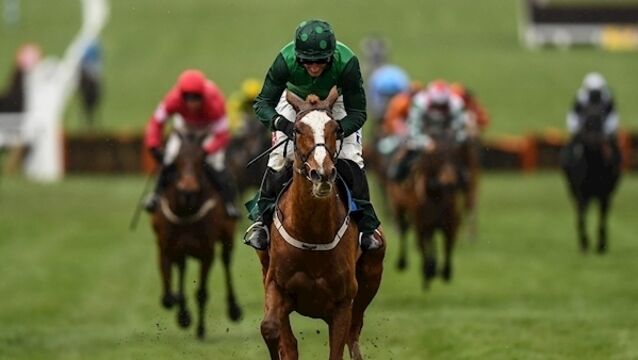 Colm Greaves looks at what we’ll learn on the final day of the Cheltenham Festival. 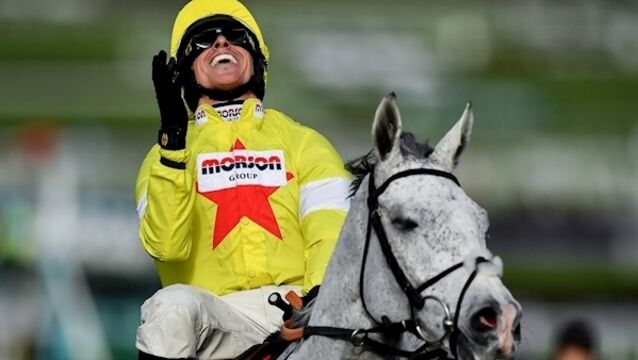 Altior was withdrawn on Tuesday and Chacun Pour Soi taken out this morning, leaving what bookmakers and punters believed to be a penalty kick for Defi Du Seuil. 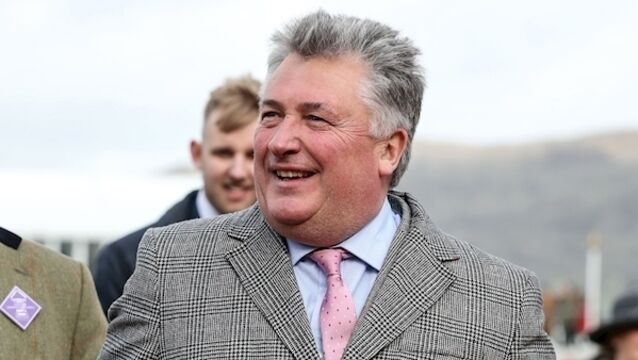 England’s champion trainer is a proven expert when it comes to the subject and a staggering strikerate of 36% over the last fortnight suggests he’s hitting top form at just the right time with the Festival just around the corner.

No pressure on Cobden to make King George decision

Stay on the good side of these 10 chasers in the months ahead.

Don't worry she has no intention of leaving the cobbles.

Noel Fehily brings down the curtain on a fine career today and the man from Dunmanway can bow out in style by steering Get In the Queue to victory in the Goffs UK Spring Sale Bumper at Newbury.

Nicky Henderson believes the professionalism of Angels Breath can come to the fore and help him secure a fourth success in the Sky Bet Supreme Novices’ Hurdle at the Cheltenham Festival today.

Call Me can lord it in Imperial Cup

Horses for courses will be one of the themes of Cheltenham Festival week with history consistently showing the importance of course form when it comes to the four most magical days in the racing calendar.

Paul Nicholls believes Vicente has a &ldquo;massive chance&rdquo; of becoming the first horse in over a century to win three consecutive renewals of the Coral Scottish Grand National at Ayr today.

Bryony Frost is excited at the prospect of teaming up with Old Guard in the Unibet Greatwood Handicap Hurdle at Cheltenham on Sunday.

Steve Hansen dismisses Gatland claims as he leaves Fekitoa, Milner-Skudder, and Luatua out of squad

All Blacks head coach Steve Hansen has named the squad he believes can secure a fifth straight series win over the British and Irish Lions. And he poured scorn on Warren Gatland&rsquo;s assertion that there would be little difference between New Zealand&rsquo;s Super Rugby sides and the world champions.

Conventional wisdom has it that the Aintree Grand National is the ultimate sporting lottery, a theory backed up by the starting prices of the last five winners. Two were returned at 33/1, another two at 25/1 while there&rsquo;s also been a 66/1&nbsp;victor.

Barry Geraghty will have to wait a few more days before finding out whether he will be given the all-clear to return to action in time for next week&rsquo;s Randox Health Grand National meeting.

The countdown to the 2017 Cheltenham Festival is on and the excitement ahead of the meeting continues to build. The fixture has become the jewel in the British racing crown in recent years and the Festival&rsquo;s popularity continues to grow, but what makes it the most special meeting in the world, asks Peter Hodges.

The jury's still out on US Army Ranger, but I remain a believer

Aren&rsquo;t you just bursting, like me, to see Aidan O&rsquo;Brien&rsquo;s once-raced US Army Ranger in action again?

Honours were just about even between Willie Mullins and Paul Nicholls on the penultimate day of the battle for the National Hunt trainers&rsquo; championship yesterday.

Barry Geraghty has admitted to feeling a mixture of delight and relief following his successful appeal against his 30-day ban for his ride on Noble Emperor at Limerick.

Paul Nicholls further boosted his hopes of being crowned champion trainer for a 10th time at Sandown this weekend after extending his lead over Willie Mullins yesterday.

Paul Nicholls extended his lead over Willie Mullins in a pulsating duel for the British trainers&rsquo; championship when enjoying a 54th birthday 20-1 four-timer at Wincanton yesterday.

Patrick Mullins expects today&rsquo;s Scottish Grand National meeting at Ayr to be &ldquo;pivotal&rdquo; as the race to be crowned British champion trainer enters its final throws.

Last year&rsquo;s winner Many Clouds heads a whopping 87 horses still left in the Crabbie&rsquo;s Grand National at Aintree on Saturday at the five-day confirmation stage.

The Crabbie&rsquo;s Grand National meeting could start with a bang as the imperious Douvan is among 18 entries in the Merseryrail Manifesto Novices&rsquo; Chase next Thursday.

Willie Mullins&rsquo; assault on a first British trainers&rsquo; championship has gathered pace after the powerhouse Irish trainer earmarked a number of his Cheltenham superstars for the Crabbie&rsquo;s Grand National meeting at Aintree next week.

‘Wow’ factor whets the appetite for next year’s festival

Solar Impulse bounced back to form when springing a 28-1 surprise in the Johnny Henderson Grand Annual Chase Challenge Cup at Cheltenham.

Once the noise has abated following the Timico Gold Cup on Friday the focus will be on Victoria Pendleton, who fulfils her ultimate objective of riding at the Cheltenham Festival.

Thistlecrack can cap a tremendous season by taking the Ryanair World Hurdle for trainer Colin Tizzard and jockey Tom Scudamore.

Old Guard ruled out of Champion Hurdle at Cheltenham

Old Guard will miss tomorrow&rsquo;s Stan James Champion Hurdle at Cheltenham after failing to recover from a minor setback in time.

Victoria Pendleton would rank completing the course at the Cheltenham Festival alongside her golden glory days in the Olympics.

Ruby Walsh admits he faces a Gold Cup dilemma but insists choosing between Djakadam and Vautour won&rsquo;t be a &ldquo;life or death&rdquo; decision.

From the 20-year-old who won the grand national, to the rider who reached the top on both sides of the Irish Sea, Ruby Walsh&rsquo;s career has been a constant stream of success at the highest level. But most of that, he told the audience at the Everyman Theatre, is down to the wisdom of one man &mdash; his father, Ted.

Tagrita makes it two in a row

Tagrita built on her recent return to form with a second win in succession in the Cash Out With Betfair Handicap Hurdle at Wincanton.

Victoria Pendleton&rsquo;s Cheltenham Festival dream faces its make-or-break moment on Monday after the two-time Olympic cycling champion demonstrated her capability in the plate with her first victory as a jockey aboard Pacha Du Polder at Wincanton.

Entries have been revealed for the 10 handicaps at the Cheltenham Festival with less than three weeks to go before the meeting gets under way.

Paul Nicholls is enthusiastic about big-race success returning to his yard on a regular basis in the future after describing his current crop of juvenile hurdlers as the best he has ever had.

Paul Nicholls&rsquo;s march towards a 10th champion trainer&rsquo;s title continued to gather pace as his recent return to form continued with a treble at Taunton.

Silviniaco Conti bounced back to something like his best to win the Betfair Ascot Chase for Paul Nicholls.

Paul Nicholls has warned punters not to leave Saphir Du Rheu out of calculations for the Ryanair World Hurdle at Cheltenham next month.

Tony Curran hoping Flemenstar can win an ‘away game’

Many Clouds favourite for Grand National despite top weight

Paul Nicholls: My expectations for Dodging Bullets were too high

Paul Nicholls admits he was probably expecting too much from Dodging Bullets on his first start of the season at Newbury on Saturday.

Well-treated Blazer could be tailor-made for Newbury's Betfair Hurdle

Connections of heavily-backed favourite Blazer are taking nothing for granted as the recent Leopardstown scorer bids to follow-up in today&rsquo;s Betfair Hurdle at Newbury.

Paul Nicholls has conceded it would be near impossible to claim a ninth National Hunt Trainers&rsquo; Championship should Willie Mullins dominate at this year&rsquo;s Cheltenham Festival.