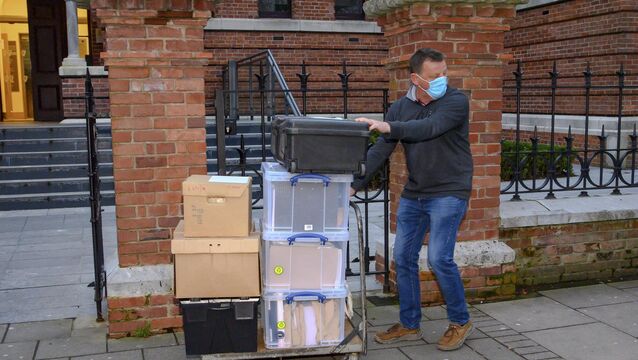 A mother of two who was subjected to an alleged serious assault in Ennis last month has lost her fight for life in hospital. 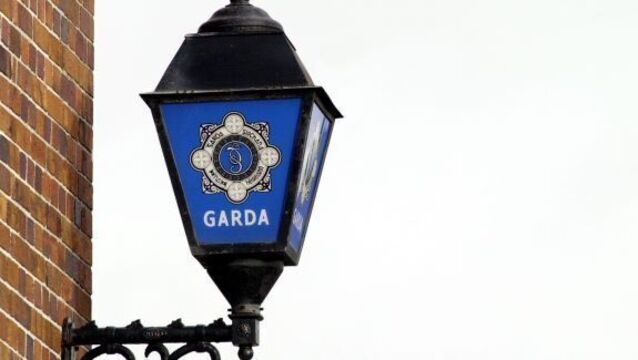 Gardaí are finalising a file in relation to the death of a toddler who died of methadone toxicity.

Gardaí have launched a murder investigation in Cork city after the discovery of a man's body there yesterday.

Gardaí found the man's body in a house on the Bandon Road yesterday morning.

The dead man is originally from Mayfield on the north side of the city. His body was found by his son when he went to the house on the south side of Cork city shortly today.

The mayor of Drogheda has called on Garda Commissioner Drew Harris to make a public statement on policing in Co Louth after the murder of a man in a popular caravan park on Tuesday.

Man found to be insane had 2,000 videos of himself reading bible on YouTube

A 32-year-old man found to have been insane when he beat his neighbour to death with a crowbar, posted about 2,000 videos of himself reading the bible on YouTube, the Central Criminal Court has heard.

The parents of a man beaten to death by a neighbour who was undergoing a psychotic episode have told the Central Criminal Court that it is "unacceptable" that someone so dangerous and known to mental health services was living just a few doors from their "defenceless" son.

A Dublin man died from a gunshot wound that went through his head, a pathologist has told the trial of two men accused of his murder.

Her body was discovered yesterday morning at a house in the Westport area.

A full inquest into the death of Mark Hennessy, who abducted and killed Jastine Valdez in Co Wicklow, will take place later this year.

The family of a man killed while out walking his dogs in a Dublin forest have issued an appeal for information.

A teenager stabbed to death in Tallaght was on the phone when he was fatally wounded.

Teenager assisting gardaí with inquiries into fatal stabbing in Dublin

Azzam Raguragui died after being stabbed at Finsbury Park, in Dundrum at approximately 8.10pm on Friday night.

Teenager assisting Gardaí with investigation into fatal stabbing in Dublin

A post-mortem is due to be carried out on the body of a man stabbed to death in Dublin.

Post-mortem completed on body of man, 40s, who died in Co Laois

Gardaí said they are "investigating all the circumstances" surrounding the man's death and are not seeking anyone else in relation to the incident.

A young mother-of-two died after suffering suspected knife wounds at her home in Co Donegal.

Gardaí were confronted with a gruesome murder scene when they discovered a young man with his genitals mutilated at a rented house in south Dublin.

Detectives were last night set to consult the Director of Public Prosecutions on whether to bring charges against a man for the murder of Natalia Karaczyn.

Garda&iacute; are trying to piece together the circumstances behind the savage murder of a 20-year-old man in Sligo town.

A 20-year-old man injured on Halloween night last died as a result of a traumatic brain injury, an inquest heard.

A 79-year-old woman who loved gardening died after a fall onto garden shears, an inquest heard.

'Don't worry, it's only an extra few years,' says teenager as he is convicted of best friend's murder

A jury has found a teenager guilty of murder for stabbing his best friend to death.

Man charged with murder of woman in Kilkenny

A man is to appear in court charged with the murder of a 29-year-old mother who was found fatally injured at the bottom of her stairs last Sunday, writes Conor Kane of the Irish Examiner.

Two men were sentenced to life in prison today after being found guilty of murdering a man at a house party that descended into violence.

Gardaí will now prepare a file for the Director of Public Prosecutions.

A man died when a knife pierced his heart during a "violent and frenzied" attack, a pathologist has told a murder trial.

A boot containing a foot found on a Dublin beach was identified as that of a man who&rsquo;d gone missing 10 months earlier.

A 64-year-old father of three who was attacked while out walking his dogs near his Dublin home died of blunt force trauma, an inquest has heard.

A&nbsp;23 year old&nbsp;man attacked in Dolphin&rsquo;s Barn in Dublin last July died due to a stab wound to the chest, an inquest has heard. Paul Curran of Cashel Avenue, Crumlin, Dublin 12 died at St James&rsquo;s Hospital on July&nbsp;16&nbsp;2016.

A postmortem to be carried out this morning will determine if garda&iacute; launch a murder inquiry, or decide the death of a Polish man was accidental.

Garda&iacute; have launched a murder investigation into the circumstances surrounding the death of a 43-year-old woman in Co Westmeath at the weekend.