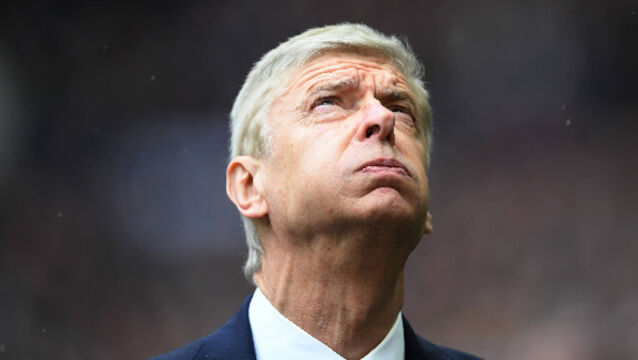 There was a time in my career when even as a Tottenham fan I felt that Arsene Wenger was a bit special. Today I feel, probably like Wenger feels, that he is oh so close from putting it all together. The trouble is that he just can&rsquo;t find the right formula, writes&nbsp;The Secret Footballer. 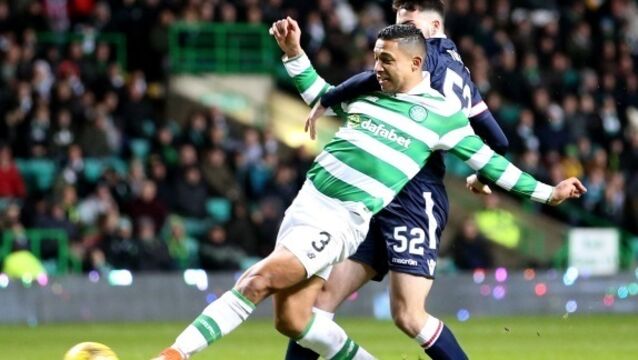 Emilio Izaguirre confirmed his departure from Celtic with an emotional farewell message. 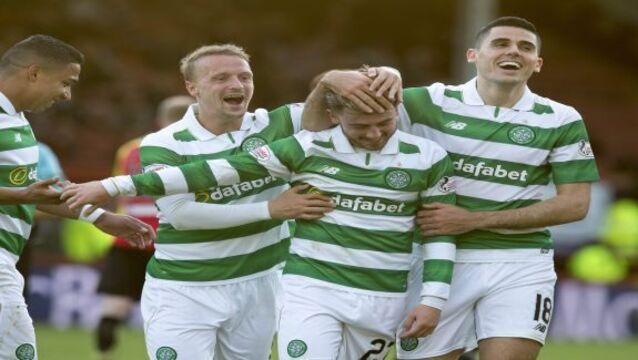 Celtic were at their thrilling best as they thrashed Partick Thistle 5-0 in their Ladbrokes Premiership encounter at Firhill.

Brendan Rodgers keen to send Eoghan O'Connell out on loan

Scott Brown strike the difference as Celtic win in Dundee

Kolo Toure could team up with young Irish defender Eoghan O&rsquo;Connell to make his Celtic debut against FC Astana in the Champions League tonight, with manager Brendan Rodgers insisting a start for the 35-year-old would not be a gamble.

Eoghan O&rsquo;Connell hopes he can catch the eye of Ireland boss Martin O&rsquo;Neill after proving he can perform in front of a packed Aviva Stadium.

Brendan Rodgers: Kolo Toure will be an invaluable player for us

Eoghan O'Connell scored for Celtic in their 1-1 draw with Leicester City as Kolo Toure watched from the stand at Parkhead.

New Liverpool goalkeeper Loris Karius has warned Simon Mignolet he has come to Anfield to be the club&rsquo;s number one.

Liverpool 1 Sevilla 3:&nbsp;Liverpool&rsquo;s whirlwind development under Jurgen Klopp has taken a painful and significant knock after they were demolished by Sevilla in the second half of a Europa League Final in Basel, underlining that sheer character alone may not be enough to recreate former glories at Anfield.

Liverpool 1 Chelsea 1:&nbsp;Eden Hazard may finally have rediscovered the form that has deserted him for virtually the entire season, but the one player foremost on Chelsea&rsquo;s minds at Anfield was John Terry.

Liverpool manager Jurgen Klopp says they have done the right thing with their handling of Mamadou Sakho after his failed drugs test.

Liverpool defender Kolo Toure has pledged his support to team-mate Mamadou Sakho after the France international failed a drugs test.

Liverpool 4 Everton 0:&nbsp;In football, history has a habit of repeating itself.

Doping not a big big deal

Leicester got another lucky break during the week.

Manchester City boss Manuel Pellegrini has backed Raheem Sterling to shine on his Anfield return as the England man play at Liverpool for the first time since his acrimonious &pound;49m departure last summer.

Liverpool defender Kolo Toure hopes the Europa League can save their season after an agonising penalty shoot-out defeat in the Capital One Cup final left them with little else to play for.

TERRACE TALK: Liverpool - This is one bitter pill to swallow

Liverpool skipper Jordan Henderson has warned their Premier League rivals that Daniel Sturridge is ready to give the Reds their fear factor back.

Aston Villa 0 Liverpool 6:&nbsp;Remi Garde lamented the lack of fight in his Aston Villa side after Liverpool ran riot in a Valentine&rsquo;s Day massacre at Villa Park.

Wayne Rooney was the match-winner with the visitors’ only shot on target.

Liverpool defender Kolo Toure believes a recent improvement in the mindset within the squad means they now refuse to accept lost causes.

Liverpool 3 Arsenal 3:&nbsp;Joe Allen may not have been the most lethal of attacking presences on display in a thrilling Anfield encounter but he certainly showed all the necessary composure and prowess in the final minute, his volley earning his team a point and, temporarily at least, halting Arsenal&rsquo;s title bid.

Liverpool manager Jurgen Klopp has expressed his admiration for &ldquo;football maniac&rdquo; Arsene Wenger ahead of the Reds&rsquo; clash with Arsenal tonight.

Arsene Wenger has told Jurgen Klopp he must adapt to the traditions of English football after the Liverpool boss spoke out about his team&rsquo;s fixture pile-up.

Sam Allardyce insists he isn&rsquo;t trying to wind up Liverpool manager Jurgen Klopp by suggesting he is driving his players too hard, leading to a rash of hamstrong problems at Anfield.

Leap of faith pays off for Steve McClaren and Newcastle

Brilliant Benteke seals victory for Liverpool by blowing Bordeaux away

Christian Benteke&rsquo;s brilliant strike saw Liverpool beat Bordeaux 2-1 to qualify for the knockout stages of the Europa League with a match to spare.

So what&rsquo;s the story with Martin O&rsquo;Neill and the number 31?

Jurgen Klopp yesterday held his first training session as Liverpool manager with a reduced squad but there was some early good news for the German.

Liverpool&rsquo;s Europa League campaign continues to stutter and disappoint in equal measure after they were held at home by Sion.

Liverpool striker Christian Benteke is one of a number of big names rested by Brendan Rodgers for tonight&rsquo;s Europa League opener in Bordeaux.

James Milner was grateful to &ldquo;a moment of brilliance&rdquo; from Philippe Coutinho after Liverpool got their Premier League campaign off to a winning start with a 1-0 win at Stoke on Sunday.

Emre Can going all out to nail down Liverpool midfield role

Emre Can, Liverpool&rsquo;s utility man last season, is determined to nail down a place in midfield for the coming campaign.

Liverpool are weighing up a bid for Charlton teenager Joe Gomez as a replacement for the soon-to-be-offloaded Sebastian Coates.

Blackburn 0 Liverpool 1: There cannot be many 22-year-old Brazilians who enjoy nights out in Lancashire as much as Philippe Coutinho.

When the final whistle went at the Stade Louis II in Monaco, Mesut Ozil sank to his knees and buried his face in the turf.

Liverpool defender Glen Johnson has no idea where he will be next season but it appears increasingly likely he will move overseas as his representatives have already held exploratory talks with foreign clubs.