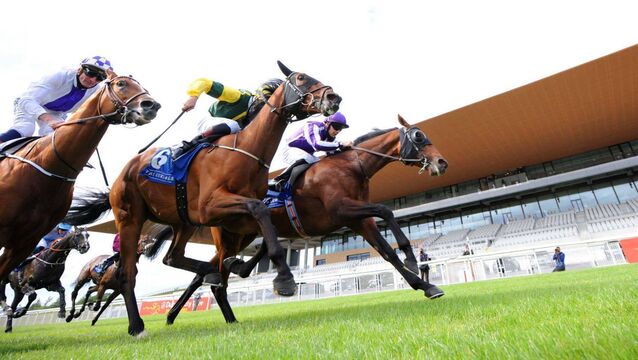 The odds are against him but, make no mistake, Sunchart is in it to win it

Killenaule has been revelling in the achievements of Rachael Blackmore just as much as those of star hurler, John ‘Bubbles’ O’Dwyer in the Tipperary jersey in the past few years, and the elite jump jockey’s debut in the Dubai Duty Free Irish Derby today has certainly captured the imagination of her neighbours. 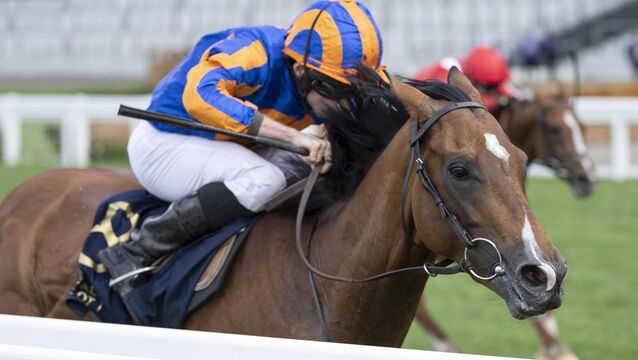 Royal Ascot hero Santiago is one of 19 horses confirmed for the Dubai Duty Free Irish Derby. 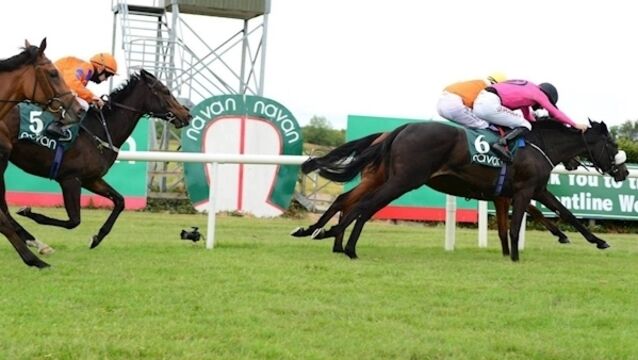 Last weekend was all about Newmarket and next week will be all about Royal Ascot, but last night and today the eyes of the racing world were and will be fixed on the Curragh.

Albigna has plenty going for her in ‘1000’ at Curragh

Many questions for racing to answer ahead of potential return

Chris Hayes landed the Group 3 Lodge Park Stud Park Express Stakes on the Ger Lyons-trained Lemista as part of an 80/1 big-race double on the opening day of the 2020 Irish Flat season yesterday.

Danny Mullins making most of strong family link with Willie

As a rider, the 27-year-old is not everyone’s cup of tea and has his fair share of detractors.

Tonight’s battle to become the next GAA president is a two-horse race between Jarlath Burns and Larry McCarthy.

The Leinster Council is open to accommodating Kerry in the Leinster SHC, should the Kingdom win the Joe McDonagh Cup.

The proposed national club fixtures oversight committee will be given the power to disqualify tardy counties from championships.

Club focus high on the agenda of GAA presidental candidates

Fighting elitism, curbing the excesses associated with the inter-county game and a significant refocus on the club are among the priorities for the five GAA presidential candidates.

Dublin bid for six will begin in Tullamore

Dublin’s bid for a record 10 Leinster football titles on the trot will begin in Tullamore next May.

Unlike other sports, Irish racing really is a true worldwide success story

When I was in Ascot on Saturday watching the rugby and how disappointing it was after all the hype which surrounded it and the team, it got me thinking and comparing it with our own sport.

The Leinster Council is confident the attendance at Sunday’s provincial hurling final will surpass the crowd of 47,000 which endured last Sunday’s one-sided Leinster football decider.

The blue wave that became a tsunami

The Leinster Senior Football Championship has long been crying ‘stop’ and Dublin have long since stopped listening. This wasn’t quite a pulverisation, but unquestionably another endorsement of capital might.

Leinster Council chairman Jim Bolger has rejected the idea that Dublin fans are getting bored of watching their team win, despite an alarming drop in attendances at their games.

Negative analysis will only embolden this Wexford group

Wexford answer critics but Galway have lost that cruise control

When five minutes went up on the board yesterday, I said to Brendan Cummins that a draw would be the fairest result.

Bank on Benie in champion hurdle

The National Hunt season that has just finished was a very strange one. At times it felt like the season would never get going as we waited and waited for the skies to open. For us in racing, they never really did, but hopefully for the flat season ahead they won’t open now.

AP McCoy shares his thoughts on the psychology of success.

Breed the best to the best and hope for the best is an ideology that has been knocking around racing for years.

The Flat season is not long under way but already, Mark Gallagher is making a claim to providing one of the outstanding narratives of the campaign.

Modigliani may make his long-awaited return at Naas

Royal Ascot heroine Lagostovegas and beaten Ebor favourite Stratum are two of 11 possible runners for Willie Mullins in the Dubai Cesarewitch at Newmarket on October 13.

We know there has been something of a cloud hanging over the Ballydoyle horses for a while now, with Aidan O’Brien reporting that the bug was “the worst we’ve had.’’

We know there has been something of a cloud hanging over the Ballydoyle horses for a while now, with Aidan O&rsquo;Brien reporting that the bug was &ldquo;the worst we&rsquo;ve had.&rsquo;&rsquo;

On a day which provided across-the-card trebles for Aidan, Joseph and Donnacha O’Brien, progressive Ballydoyle colt Lucius Tiberius came from last to first to record a last-gasp victory in the Irish Stallions Farms EBF Nasrullah Handicap in Leopardstown.

Aidan O&rsquo;Brien is triple-handed as he bids to extend his tremendous record in the Derrinstown Stud Derby Trial at Leopardstown tomorrow.

Throw-ins may be tweaked to avoid ‘Pool clash

The Leinster Council has not ruled out the prospect of tweaking throw-in times to avoid a clash with the Champions League final later this month.

Wexford will honour one of the greatest football teams of all-time by donning a throwback replica jersey to celebrate their four-in-a-row All-Ireland champions.

Lyons emerging as only serious threat to O’Brien

It is highly unlikely Ger Lyons will ever be champion flat trainer.

Gold Cup trip may be a bridge too far for Footpad

I thought it was terrific that Willie Mullins&rsquo; immediate reaction, after Footpad had taken the Arkle Trophy by half the track at Cheltenham on Tuesday, was to consider stretching out the six-year-old with a view to challenging for next year&rsquo;s Gold Cup.

US Navy Flag has been crowned the leading juvenile of 2017 following the publication of the Longines World’s Best Racehorse rankings.

There were many treats over the last four days in Ireland and Britain, but for me the biggest star to emerge was Willie Mullins&rsquo; Footpad in a Grade 1 at Leopardstown on Tuesday, writes&nbsp;Pat Keane.

Champion-jockey Colin Keane resumes where he left off

Champion-jockey Colin Keane resumed competitive action where he left off in Naas on Sunday by completing a double for his boss Ger Lyons on two-year-old fillies Palariva and Beckoning in Dundalk last night.

Aidan O’Brien: Saxon Warrior, ‘seems to be in good form’

Aidan O&rsquo;Brien has four chances to break the world record for the number of Group 1 winners in a year in today&rsquo;s Racing Post Trophy.

On a Dundalk card on which punters had a dream start, with three consecutive winners justifying heavy support, Colin Keane took two significant steps closer to becoming champion jockey for the first time, and the impeccably-bred Alexander Gordon extended her unbeaten record to three with success in the feature.

Aidan O'Brien is convinced Churchill will not fail for a lack of stamina when he runs over a mile and a quarter for the second time at Leopardstown on Saturday.

Order Of St George makes his first appearance since the Gold Cup at Royal Ascot when he runs in the Comer Group International Irish St Leger Trial at the Curragh on Saturday.

Pat Smullen is relishing the opportunity to partner Cracksman in the Dubai Duty Free Irish Derby at the Curragh on Saturday.

The Leinster Council are expecting a crowd in excess of 50,000 for this weekend&rsquo;s provincial hurling decider between Galway and Wexford.

Westmeath&rsquo;s Kieran Martin believes they are in a better position to seriously challenge Dublin this year and has indicated they won&rsquo;t rely on a blanket defence strategy.

Churchill and Winter the perfect pair for a double

ROYAL ASCOT will never capture the imagination in the same way as Cheltenham, but it is a good second and from next Tuesday through Saturday, the greatest flat meeting in the world will be the focus of much of our attention, writes Pat Keane.

Given the choice of which direction to point the car this eekend for a Championship fix, it was a straightforward answer for me. Carlow v Wexford, writes John Divilly.

Aidan O'Brien's incredible training talents were advertised in their full glory as Churchill and Winter claimed the first two Classics of the season at Newmarket.

Aidan O'Brien sends three colts into battle in a bid to extend his excellent record in the Derrinstown Stud Derby Trial at Leopardstown on Sunday.

How did the stewards allow the Aidan O&rsquo;Brien-trained Homesman keep that maiden at Limerick last Sunday, asks&nbsp;Pat Keane.

Wrong to suggest the top is killing the bottom

There&rsquo;s&nbsp;a top and a bottom in every sport, and to suggest the top is killing the bottom in jump racing is, in my opinion, off the mark, writes Ruby Walsh.