Irish Examiner view: Sowing the seeds for an Irish Trump

Now that the reaction to Wednesday’s assault on democracy moves from the dropped-jaw stage, a more considered evaluation is necessary. 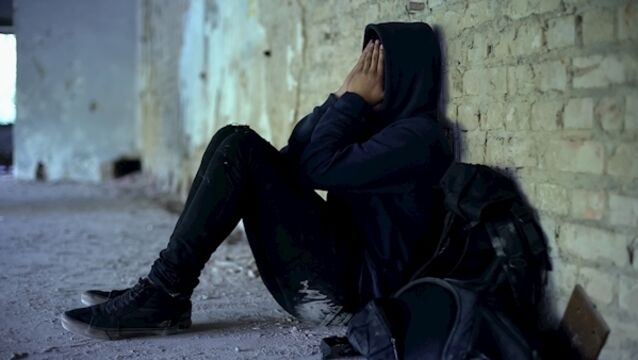 Housing Minister Eoghan Murphy is under fire over the reclassification of homeless people in Dublin. 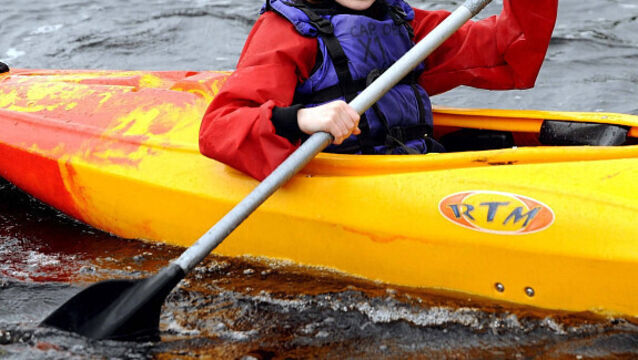 Adventure tourism operators are appealing for government intervention to sustain the industry as almost two-thirds of jobs in the sector have been lost for 2020 and turnover is set to drop by 73% year-on-year.

Developers could break ground on controversial housing project in 2020

O'Devaney Gardens development could be underway within a year

21% of Dublin's homeless in emergency accommodation are from outside EU

A new report into homelessness in Dublin has found that a large number of people living in emergency accommodation are from outside the European Union.

Parents with partial custody have no rooms for kids

Almost 900 separated parents living in council homes in Dublin do not have a spare bedroom to accommodate children over whom they have part-time custody because of the shortage of housing in the city.

More than 600 other families may end up homeless as the demand for hotel beds from the tourism sector continues to grow.

A charity has described a plan to house homeless people in Mountjoy Prison as &ldquo;dangerous&rdquo;.

There are calls to reinstate a memorial plaque for the homeless on Dublin's Apollo House until it is demolished.

Emails about substandard accommodation 'simply were not opened'

Deputy chief executive of Dublin City Council Brendan Kenny has admitted that some criticism of substandard rental accommodation exposed in the PrimeTime programme is justified.

Shelbourne are to share Dalymount Park with Bohemian FC.

More than 2.3 million journeys have been taken on public bike schemes in Belfast, Cork, Dublin, Galway and Limerick in the first six months of 2016, amassing an estimated distance of almost five million kilometers on the rented bicycles.

Trevor O&rsquo;Neill, 40, who was shot dead in Spain in a case of mistaken identity on Wednesday night, was described by neighbours as a good man with a big personality.

A city council has introduced proposals for tackling invasive alien animals and plants, which are estimated to cost the economy over &euro;2m a year.

Dublin City Council has defended its role in attempting to keep the Web Summit in the capital, saying it continues to offer every possible support to organisers for this year&rsquo;s event.

The WAKO Junior World Championship finished on Saturday and the Irish team left with their best ever medal haul.

Feuding between families is so bad in one city community that gardaí have to be called to protect children in the school playground.

David Young talks to residents in Limerick estates partly demolished after essential funds failed to materialise, and to the Rengeneration agency, which is due to disband in June

In the first of a two-part series on Limerick Regeneration, David Young talks to locals who are disillusioned by broken promises and broken homes

‘I’ll stay in city unless someone shoots me’

A businessman who has been under armed guard for over eight years says he has no intention of leaving Limerick despite the continuing threat to him and his family.

A disservice to people living in Limerick estates

THE chief of the Limerick Regeneration Agencies should apologise for saying that all the good people have left the troubled estates in the city.

AFTER five years and a spend of €116 million, not a single house has been built under Limerick’s regeneration plan, and some families are now worse off than before.

THE Government is expected to give the go-ahead to a €12 million housing project in Moyross before Christmas, the head of the regeneration agency said.

CITIZENS who reach the age of 100 traditionally get a greeting in the post from Áras an Uachtaráin.

LIMERICK’S regeneration agencies have welcomed a decision by An Bord Pleanála to grant permission for a new link road to Moyross.

THE population of the four estates in the Limerick regeneration programme has fallen from 12,000 five years ago to 8,000, according to the head of the regeneration agency.

AFTER a series of setbacks, construction of new houses in the Limerick Regeneration plan finally commenced yesterday when contractors moved into Cliona Park, Moyross.

LIMERICK’S 815th mayor has vowed to make the promotion of the city centre a key priority during his term in office.

BUILDING is finally set to commence on one of the country’s largest regeneration programmes, after contracts for a €5.5 million development in Limerick’s Moyross housing estate were signed yesterday.

THE construction of the first houses under the Limerick Regeneration plan has been further delayed, as the chosen building firm has halted a number of projects and laid off 450 workers.

FINE GAEL finance spokesman and Limerick City candidate, Michael Noonan, yesterday claimed the huge regeneration plan for the city had lost its way and the huge support it had was now gone.

THE downsizing of the huge Limerick Regeneration plan for four run-down estates in the city has already led to a major population shift, locally.

THE stalled Limerick Regeneration Programme yesterday made its first major advance towards the construction of new houses.

THE chief executive of the Limerick Regeneration Agency said yesterday he did not expect any families to occupy newly-built homes in the designated areas until 2012.

THE Government has approved funding for the Limerick regeneration programme which will kick-start construction work on new homes and other projects in four run down parts of the city.

Canning on goal trail as powerful Portumna moving into gear

PORTUMNA’S quest for a fourth Galway senior hurling championship in a row stepped up another gear with a 2-13 to 0-13 win over Beagh in Loughrea.

CHANGES to the Limerick Regeneration plan that will extend the time-scale from 10 to 15 years and reduce the Government contribution from &euro;1.6 billion to &euro;924 million was yesterday welcomed as “an outbreak of common sense”.

Report to pave way for regeneration of estates

THE Limerick Regeneration Agency is finalising a report which should pave the way for housebuilding to start in four of the city’s estates.

LIMERICK IT atoned for last year’s quarter-final exit against Waterford IT by accomplishing a victory yesterday afternoon that secures a safe passage through to the last eight of this year’s campaign.

OMINOUS signals had been coming from the Limerick Regeneration Agency in recent weeks.

THE Limerick regeneration programme — to transform blackspot estates such as Moyross, Southill, St Mary’s Park and Ballinacurra Weston — remains in confusion due to inadequate government funding, it was claimed yesterday.

Regeneration chief: It wasn’t right to give daughter job

THE chief executive of the Limerick Regeneration Agency, Brendan Kenny, yesterday admitted that giving his daughter a &euro;35,000-a-year receptionist’s job without advertising the post was “probably not the right thing to do”.

A MAJOR &euro;1.5 billion private investment plan for Limerick’s regeneration areas is to be brought to the Cabinet today.