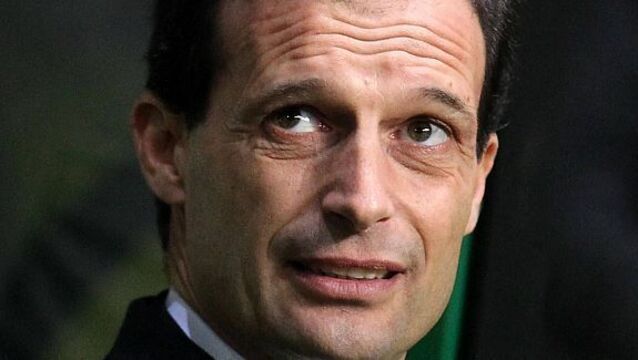 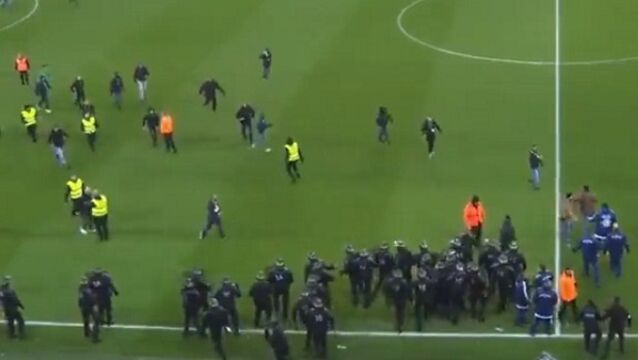 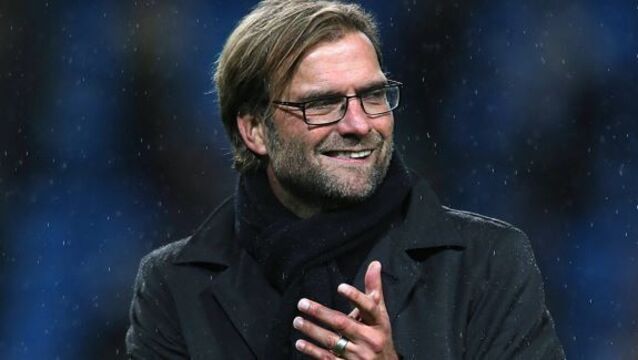 ‘Ox’ might turn out the most bizarre deal of all

To be honest that fortnight &lsquo;off&rsquo; (originally one of modern football&rsquo;s most irritating foibles) is now welcomed more and more depending on who you support.

FIFA 17 will let you do the dab

The dab is everywhere at the moment, used to celebrate everything from a Euro 2016 goal to a successful spelling bee word. And you&rsquo;ll be able to pull it off in FIFA 17 too.

Every great tournament has its rising stars. Here are ten who could really shine

Mario Balotelli has admitted he was never happy at Liverpool and does not want to go back.

Who knows what to make of a manager that says he doesn&rsquo;t want a replay, then changes everything too late to actually win the game.&nbsp;

If at first you don&rsquo;t succeed, bang your head against a wall until there&rsquo;s blood.

Mario Balotelli watched on as goals from fellow forwards Carlos Bacca and Luiz Adriano earned AC Milan their first win of the new Serie A season – 2-1 against Empoli.

Correct us if we&rsquo;re wrong here, but isn&rsquo;t football&rsquo;s silly season supposed to peter out once the season actually starts? Not so, it seems. Here we are with three games gone in the Premier League and the fluff is still overshadowing the important stuff. It&rsquo;s almost as if a media that had to rely on the mad and mundane for the off-season finds itself unable to kick the habit.

During the summer transfer window of 2013, Luis Suarez dominated relations between Liverpool and Arsenal as the two clubs fought out a public spat over the player&rsquo;s future. Two years on, the shadow of the striker still hangs over the Premier League rivals despite having long since moved to Barcelona.

Reds include Sterling in pre-season tour

Raheem Sterling has been included in Liverpool’s 30-man squad for their pre-season tour of Thailand, Australia and Malaysia.

Keegan: Sterling not ready to lead

Brendan Rodgers remained tight-lipped over Liverpool&rsquo;s interest in Memphis Depay but admitted the Reds were set for a summer overhaul.

Terrace Talk: Liverpool: Motormouth Brendan Rodgers is playing us all for suckers

ASTON VILLA 2&nbsp;LIVERPOOL 1: While destiny had apparently pointed to Steven Gerrard seeing out his Liverpool career with an appearance in the FA Cup final, reality intervened and delivered a very different narrative.

Hundreds gather in Glasgow for a vigil, hours after Alexander Pacteau was charged with the murder of Cork student Karen Buckley,&nbsp;University Hospital Galway to open more beds to deal with overcrowding&nbsp;and Ronan O&rsquo;Gara tips Leinster to beat&nbsp;Toulon.&nbsp;Some of the latest and most read news on irishexaminer.com this evening.

Mario Balotelli&rsquo;s antics tend to land him in the centre of attention. And no one loves dogpiling on those in the limelight more than social media users. Some, however, go too far.

Brendan Rodgers: Liverpool should have had a penalty against Blackburn

Liverpool 2 Burnley 0: Jordan Henderson last night emphasised that his desire to be Steven Gerrard&rsquo;s heir apparent at Liverpool is not restricted to tub-thumping.

All the teams for tonight's Premier League games

Check out the starting line-ups for all of tonight's matches.

No excuses as Liverpool pay the penalty

Liverpool lost their first European penalty shoot-out as Dejan Lovren was the only man to miss from the spot against Besiktas in Istanbul.

If Koeman wants to blame anyone, why not Balotelli? Everybody else does, writes Steven Kelly.

Lallana and Lovren start for Reds at Southampton

Liverpool manager Brendan Rodgers has given his full backing to striker Mario Balotelli over the penalty furore which blew up in the 1-0 win over Besiktas in the Europa League.&nbsp;

Liverpool striker Mario Balotelli has avoided major controversy in his short spell at Anfield, but even he cannot have imagined a match-winning penalty would create such a fuss.

Mario Balotelli on the spot to give Liverpool narrow lead

Liverpool 1 Besiktas 0: Substitute Mario Balotelli continued his penchant for late interventions with an 85th-minute penalty to give Liverpool a slender advantage to take to Istanbul in the last 32 of the Europa League.

FA Cup Fifth Round: Crystal Palace 1 Liverpool 2: The FA Cup may have lost some of its allure for some fans and managers in the modern game, but do not count Brendan Rodgers among them.

Liverpool carry on with dominant display

Liverpool exorcised some demons at Selhurst Park by reaching the FA Cup quarter-finals with an impressive win against Crystal Palace.

Sturridge insists he can form potent partnership with Balotelli

Fit-again Liverpool striker Daniel Sturridge is confident he can forge a successful partnership with Mario Balotelli.

Liverpool: Mario is happy on the inside

Liverpool striker Mario Balotelli chose not to celebrate his first Premier League goal for the club but assistant manager Colin Pascoe insists the player was delighted.

Super Mario back in the game for Liverpool

Super Mario to the rescue for Liverpool

Sturridge starts for Liverpool; Arsenal look to bounce back after derby defeat

Liverpool 2 West Ham 0: Oh how the Kop have missed him.

Agent tells Balotelli: Leave Liverpool for €70m or die there

Things have not gone as planned for Mario Balotelli at Liverpool but the Italy international is hopeful of turning things around at Anfield, according to his agent.

"We are certainly going into the game with no fear and our strength is very much in our attack."