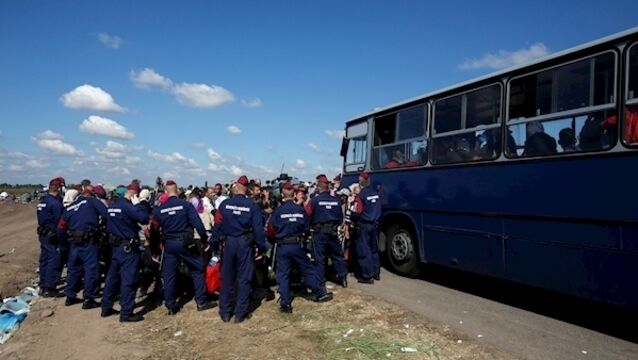 The Irish authorities had the lowest rate of refusal to applications from asylum seekers of any of the EU’s 28 member states last year. 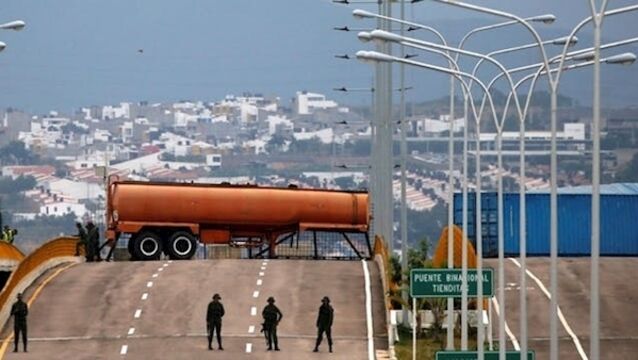 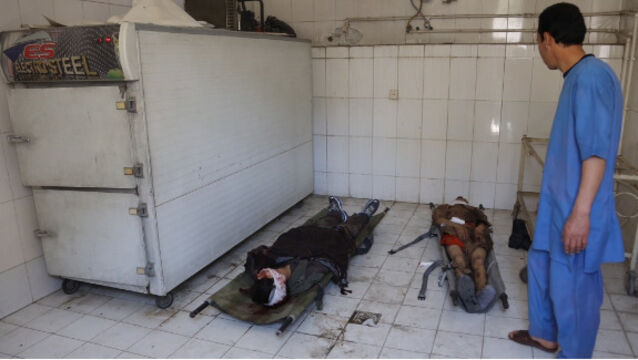 At least 29 people were killed and another 52 were wounded in the attack.

Brawls break out among migrants near Calais

A suicide car bomb has exploded at a bank in Afghanistan's Helmand province as troops and government workers waited to collect their pay ahead of a major Muslim holiday, killing at least 29 people.

In all those years of success following that incredible 2007 World Cup win over Pakistan, there was a sense that the Irish sporting public couldn&rsquo;t quite get their head around the fact they had a cricket team that was taking on and beating the best teams in the world.

US moves prisoners from Guantanamo Bay to United Arab Emirates

Fifteen prisoners at the Guantanamo Bay detention centre were sent to the United Arab Emirates in the single largest release of detainees during the Obama administration, the Pentagon announced yesterday.

Afghanistan marked a national day of mourning yesterday, a day after a suicide bomber killed at least 80 people who were taking part in a peaceful demonstration in Kabul. The attack was claimed by the Islamic State group.

In an update to her weekly column, Victoria White, argues that we can&nbsp;never come to the beginning of the end of atrocities such as Nice if we don't understand that Bastille Day doesn't mean the same thing to many Arabs as it does to the French.

Omar Mateen, 29, was a bodybuilder and a security guard, a religious man who attended the local mosque and wanted to become a police officer.

You try applying for asylum with no internet and no passport

Ireland has received just one family and blamed &lsquo;low take up&rsquo; on refugees who had not wished to complete the first step of applying for asylum, writes&nbsp;Victoria White.

Meet Khadija, Theena and Sara. They fled the horrors of war in Syria

In a refugee camp outside Athens, Victoria White meets people fleeing the horrors of war in Syria, but who still try to live a normal life, including a young woman who has just married &nbsp; &nbsp;

At least 1,000 people have died or are missing and presumed dead following a string of deadly incidents in the Mediterranean Sea over the last week, the International Organisation for Migration (IOM) has said.

Paris to set up camp for migrants

The mayor of Paris has announced plans to create a centre to take in migrants with nowhere to go.

Ireland will accept dozens more refugees in the coming weeks ahead of an expected increase in migrants attempting dangerous crossings into Europe.

We gaze at the two chickens my sister has discarded outside. On top of each chicken is a white cat. The cats stare back at us, with chicken-blood grimaces.

7pm, Sligo, my eldest brother&rsquo;s house. My husband and I have just arrived for a family visit.

More than 200 refugees returned to Turkey

Greek authorities say the 202 migrants and refugees who had not applied for asylum in Greece and were returned to Turkey included people from Pakistan, Afghanistan, Iraq and Congo.

Greece set to begin sending migrants back to Turkey

Hours before Greece was due to begin returning migrants to Turkey, little sign of preparation was evident on Lesbos, the island through which hundreds of thousands of people have poured into Europe since last year.

Tensions between EU countries and Turkey threatened to unwind a complex deal to resolve the migrant crisis during long negotiations at a summit of EU leaders.

Irish freight operators have been warned to be on their guard as migrants move out of the so-called &lsquo;jungle camp&rsquo; in Calais and try to get out of France via other ports.

Over 1m refugees and migrants arrive in EU this year

More than 1m refugees and migrants came to the EU this year, while almost 3,700 died or went missing in perilous journeys which reaped huge profit for smugglers, the International Organisation for Migration has said.

Hundreds of Moroccans, Algerians, and Pakistanis tried to storm the border between Greece and Macedonia, tearing down part of the barbed wire fence at the crossing and demanding to be allowed to carry on into northern Europe.

Refugee numbers for October equal to 2014

The number of migrants and refugees entering Europe by sea last month was roughly the same as for the whole of 2014, United Nations refugee agency UNHCR said.

As the death toll in the massive earthquake that struck the remote Hindu Kush mountains soared above 300, officials on both sides of the Afghan-Pakistan border warned yesterday that casualty figures will likely leap once relief workers return from villages so remote they can only be accessed on foot or by donkey.

Influx of refugees into EU continues

The flow of Syrians, Afghans and others through the Balkans toward western Europe continued unabated as European leaders gathered in Brussels to try and work out a plan to deal with the massive influx of asylum seekers.

Graffiti artists hired by Homeland have &rsquo;hacked&rsquo; the hit show by covering a backdrop in the latest episode with mocking Arabic slogans.

Greece&rsquo;s coastguard says it has rescued 922 people over the past three days as they attempted to reach eastern Aegean islands clandestinely from the nearby Turkish coast.

Greece’s coast guard has rescued 922 people over the past three days as they attempted to reach eastern Aegean islands from the nearby Turkish coast.

Austria said 71 refugees including a baby girl were found dead in an abandoned freezer truck, while Libya recovered the bodies of 82 migrants washed ashore after their overcrowded boat sank on its way to Europe and scores more were feared dead.

VIDEOS: The human side of the European migrant crisis

Thousands of Syrians, Afghans and Iraqis travel from Greece to the Former Yugoslav Republic of Macedonia.&nbsp;

Almost 60m people worldwide were forcibly uprooted by conflict and persecution at the end of last year, the highest ever recorded number, the UN refugee agency said.

A Taliban attack on a Kabul guesthouse has left 14 people dead, including nine foreigners, in the most audacious assault by the insurgents in the Afghan capital since the start of their spring offensive.

Ireland to double intake of migrants

Ireland will take 520 migrants for resettlement, the Minister for Justice has said. That figure is more than double the original number announced earlier this year.

People being investigated in a counter-terrorism investigation in Italy may have been planning an attack against the Vatican, one of the prosecutors leading the probe said.

Poets, musicians, actors and activists packed a shop in Kabul to commemorate the short life and violent death of a woman who has become a symbol for justice and women&rsquo;s rights in a country that historically elevates warlords and battlefield heroes to national icons.

Thousands in Afghan protest for woman beaten to death

Thousands of people have marched through the Afghan capital, demanding justice for a woman who was beaten to death by a mob after being falsely accused of burning a Koran.

An Afghan woman who was beaten to death by a mob was buried in Kabul yesterday, her coffin carried aloft by women&rsquo;s rights activists.

The number of foreign nationals applying for asylum last year increased 53%, although Ireland still has a comparatively low inflow rate of refugees within the EU.

Najbullah Zadran produced a standout performance as Afghanistan bounced back from their heavy defeat to Scotland with a 71-run win over Ireland in the Dubai tri-series.

Global alliances are needed to save the world from itself

Just like after the Second World War, countries must co-operate, not ply their own path, writes US secretary of state&nbsp;John Kerry

The United States has returned four Afghans from Guantanamo Bay back to their home country.

Local authorities and Red Cross volunteers on Crete are racing to prepare shelter and food for hundreds of immigrants on a crippled freighter being towed to safety by a Greek navy frigate.