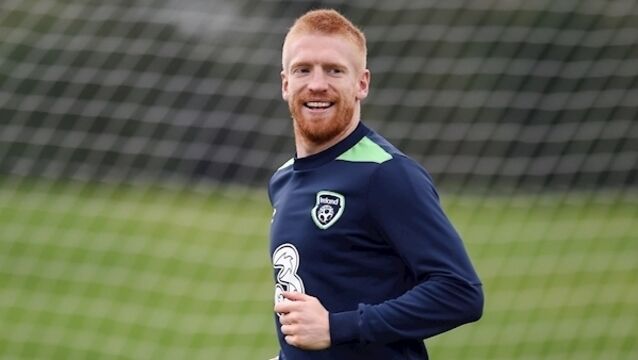 The FA judged that the abuse constituted an “aggravated breach” as it included a reference to the former international’s nationality. 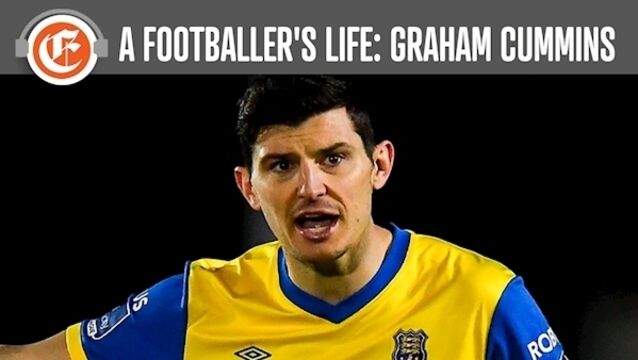 "Van Dijk just turned to me and said ‘I wouldn’t even bother, I’m just too good’" 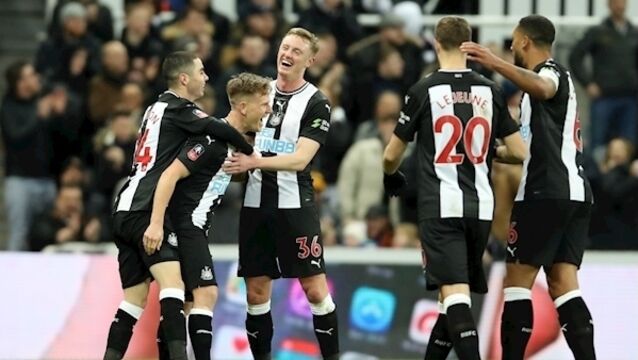 Tottenham booked a fourth round trip to Southampton after surviving a late scare in a 2-1 win over Middlesbrough.

Daniel Storey: Van Persie is right — there is no fear factor for United anymore

Graham Cummins has left Cork City after the completion of his contract, as the club announced two signings from their Under-19 ranks.

After his release by Reading in May, Irish defender Paul McShane was left hunting for a club to get his career back into gear. Brian Barry-Murphy’s Rochdale provided the kickstart he needed, writes David Sneyd.

Rochdale have signed former Republic of Ireland defender Paul McShane on a short-term deal, the Sky Bet League One club have announced.

Life’s a bench but loyal Long sees the funny side

At least Kevin Long hasn’t lost his sense of humour.

Lack of firepower a huge problem for Solskjaer

Four things we found out about Manchester United

Little cheer for Man United after win on penalties

One all-Premier League tie in Carabao Cup second round

The draw was made after completion of 33 first-round fixtures last night and includes all the top-flight clubs who are not involved in European competitions.

He will compete with Corkonian Colin Doyle and Zdenek Zlamal for a starting place at Tynecastle.

His 30 Ireland caps already a distant memory, Simon Cox takes a break from Southend United's relegation scrap, talking to David Sneyd as he recalls what feels like someone else's life.

How the Irish fared: David McGoldrick pounces as steely Blades cut down Preston

Goal number 13 for the season was far from unlucky for David McGoldrick as his first-half effort gave Sheffield United a 1-0 win at Preston on Saturday, a result that lifted the Blades back into the automatic promotion places in the Championship, after Leeds United lost 1-0 away to Birmingham City.

It was back in 2010 that I sat down with Brian Barry-Murphy for a lengthy conversation about the highs and lows — but, mainly, the highs — of what the then 32-year-old Rochdale midfielder was only too happy to describe as a “journeyman’s” career spent mainly in the English lower leagues.

Corkman Brian Barry-Murphy appointed manager of League One side Rochdale

Rochdale have announced that Corkman Brian Barry-Murphy has been appointed first-team manager, signing a two-year deal.

Cork City have signed another striker with just over 24 hours to go until the start of the new SSE Airtricity Premier Division season.

He joined Bolton in the summer of 2017 but has not played since December.

Is it a product of my age or of the age we live in?

Tottenham underlined their FA Cup credentials by breezing into the semi-finals for a second successive season with a commanding victory at Swansea.

Mauricio Pochettino has offered to help VAR bosses get the system right as he fears it will "kill the emotion" of the game.

Poch: We can match Kane’s ambitions

Mauricio Pochettino insists Harry Kane is happy at Tottenham and can fulfil his desire to win silverware in north London.

Crystal Palace 0 - Tottenham 1: Harry Kane headed a late winner and Dele Alli found himself at the centre of another diving controversy. There was a distinct sense it was business as usual for Tottenham Hotspur at Selhurst Park as Mauricio Pochettino&rsquo;s side moved into the top four.

‘It was like the two weeks leading up an All-Ireland’

Right then, all set for the weekend&rsquo;s big one in Blighty?

The week in Fantasy Premier League: Timing is everything when playing your remaining chips

Sooner or later, the Fantasy Premier League conversation always seems to come back to Sergio Aguero.

Rochdale manager Keith Hill celebrated his team&rsquo;s FA Cup draw with Tottenham - and defended the right of Dele Alli to win the penalty that almost shattered the hosts&rsquo; hopes.

Big guns avoid each other in FA Cup quarter-final draw

Manchester United were drawn at home to Brighton in an FA Cup quarter-final draw which saw all the big guns avoid each other on Saturday evening.

Mauricio Pochettino's men edged one step closer to ending the club's 10-year wait for a trophy.

Man United and Spurs, should they progress, were also handed away draws.

“He looks a different player. He’s oozing that confidence now and he looked the real deal today.”

Last season's runners-up are out of the Carabao Cup as Southampton were stunned 2-0 at home by Championship side Wolves.

Where are they now? The 22 players that played in the rebirth of Cork and Derry City

When Cork City meet Derry City tonight, it will be the latest chapter of two clubs whose fortunes have travelled along parallel lines.

How the Irish fared: Aiden McGeady has the x-factor, says Preston boss

Aiden McGeady maintained his recent fine form as Preston continued their play-off push with a 2-1 win over QPR in Saturday&rsquo;s Championship clash at Deepdale.

How the Irish fared: ‘Fantastic’ Westwood is Wednesday’s saviour

Carlos Carvalhal hailed Keiren Westwood as &ldquo;a fantastic goalkeeper&rdquo; after his first-half penalty save helped Sheffield Wednesday to a 2-1 win at Nottingham Forest in Championship action.

How the Irish fared: Daryl Horgan stars as Preston knock Brighton off their perch

Millwall produced the shock of the day.

From potential giant-killers to history-makers, here are the games to look out for this weekend...

How the Irish fared: Hughton joy as Brighton close on Newcastle

Chris Hughton was a proud man after Brighton made the most of an unexpected slip-up to close to within two points of the Championship leaders.

How the Irish fared: Chris Hughton happy as Brighton on the up

Twelve months ago Chris Hughton&rsquo;s Brighton were in the early stages of an unbeaten Championship run that would ultimately stretch to 21 games.

Aiden McGeady began the latest chapter of his career by scoring on his Preston debut on Saturday but his fine strike from 25 yards wasn&rsquo;t enough to earn his new employers anything in their Championship clash with Barnsley.