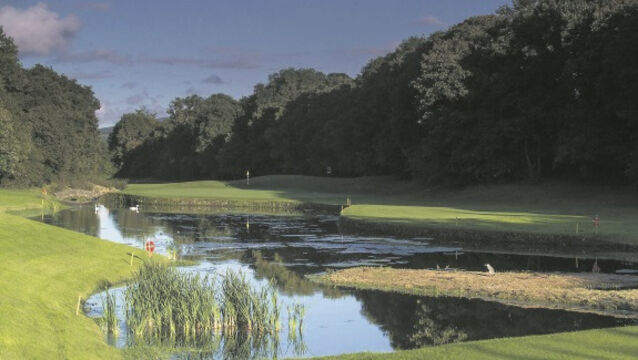 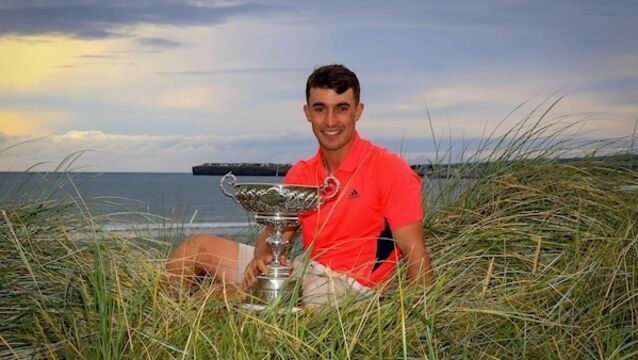 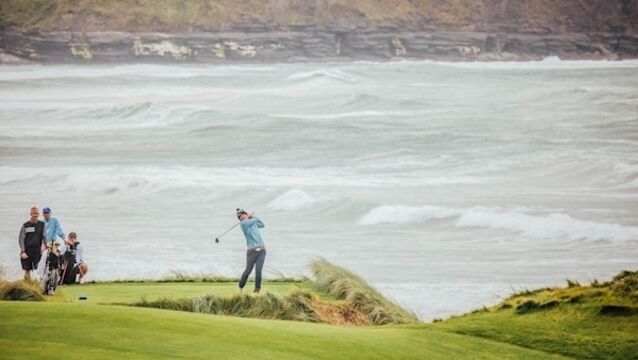 They say that if you love what you do, you will never have to work a day in your life.

Kinsale&rsquo;s John Murphy will be hoping for some help from the leaders as he goes into the final round six shots off the lead in the East of Ireland Amateur Open at County Louth.

Golf: Pierces light up Lahinch at South of Ireland Championship

Family dynasties claiming the limelight in the South of Ireland Championship at Lahinch are nothing new.

Rory McIlroy hailed the decision to remove Muirfield from the Open Championship rota over the club&rsquo;s vote to continue refusing female members and declared the move as the Scottish course&rsquo;s loss.

There were smiles all round at the EMC Lee Valley Senior Scratch Cup as newly-crowned champion Colm Campbell got the perfect boost for a busy schedule ahead and tournament organisers got a winner of the calibre they feel their event deserves.

In more than 30 years as a caddie to pros such as Ernie Els and Retief Goosen, Colin Byrne has seen more than his fair share of the world&rsquo;s top courses but now the Irishman is lending his expertise to help guide golfers around them from a new vantage point.

A Maynooth University team of considerable talent has emerged as warm favourites to capture the AIG Irish Senior Cup, having come through the Leinster qualifying section in highly impressive fashion.

The wheels of progress turn very slowly at Portmarnock but if the sticky issue of women members is ever resolved, Shane Lowry will join Rory McIlroy at the top of the queue for the return of the Irish Open to what many consider to be Ireland&rsquo;s blue riband links.

Greystones&rsquo; Paul Dunne fired an eagle and six birdies in a sensational second round 65 to top the final qualifying for The Open at Woburn and clinch his place at St Andrews later this month.

Marie delighted rural people chose to vote for a Dubliner

As the first Dublin-born national president, Marie O&rsquo;Toole never expected so many rural members would vote for her, much less that she&rsquo;d win the office with such a huge majority.

Lahinch Golf Club has taken what it believes will be a giant step towards restoring the prestige of the South of Ireland Amateur Championship by staging a 36-hole stroke play qualifier next year.

Hurley still in the hunt for European Amateur glory

Gary Hurley is still very much in contention to become the first Irish winner of the European Amateur Championship for eight years after finishing day two on the Dukes Course at St Andrews in a four-way tie for the lead.

Stuart Bleakley, a 19-year-old from Shandon Park, became the third member of the illustrious Belfast club to win the Clare Coast Hotels South of Ireland in extremely difficult weather conditions at Lahinch yesterday when he defeated Darragh Coghlan (Portmarnock) in the final by 3 and 2.

Four golfers whose names don&rsquo;t really ring a bell for followers of the amateur game have qualified for this morning&rsquo;s semi-finals of the Clare Coast Hotels South of Ireland Championship at Lahinch.

The withdrawal of favourite Gary Hurley and Irish Close champion John Ross Galbraith has come as a major disappointment to organisers of the Clare Coast Hotels South of Ireland at Lahinch, which begins this morning.

International property investment firm Kennedy Wilson has — via its London-listed Europe Real Estate fund — invested a further €45m in the Irish market by acquiring significant assets from both Nama and the IBRC.

Gary McDermott defied rain squalls and winds gusting up to 30 mph to shoot a sensational 69 for a one shot lead after the opening round of the Irish Amateur Open at Royal Dublin.

Brian Casey had to be content with second spot in the English Open strokeplay championship for the Brabazon Trophy at Formby after a final round hiccup.

Waterford Castle amateur Kevin Phelan is ready to give a US Open encore in this week’s Irish Open in Kildare.

Heroic Holland has the final say

Castle’s Daniel Holland broke the hearts of the huge home gallery when he left Des Morgan in his wake and cruised to a three-shot win with a brilliant final round performance in the Mullingar Scratch Trophy.

A decision by Shane Lowry not to let the Alpine course overshadow him paid dividends, with the Esker Hills star producing his equal-best round in four appearances in the Omega European Masters.

In spite of winning the South of Ireland Championship in 2010 and playing a major role in Portmarnock’s victory in last year’s Irish Senior Cup, John Greene has surprisingly failed to catch the eye of various selection committees at provincial and national levels.