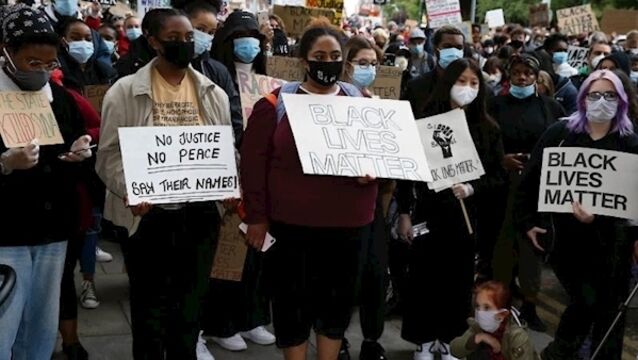 US President Donald Trump's crass and incendiary words in response to the protests sweeping major cities horrified many Americans. But will age-old racial prejudices, often unspoken, or even acknowledged, still make them vote for the false security of a coarse white bully? 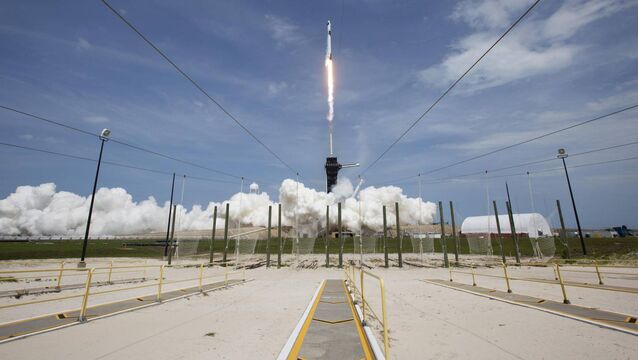 EVER since the demise of America's Space Shuttle programme, US astronauts had to hitch a ride on Russian rockets to get to the International Space Station, a multi-national project involving five participating space agencies.

Fergus Finlay: Trump to force Biden on defensive with strategy of scattershot lies

Irish Examiner View: No one is thanking America

Michael Moynihan: Time to go all guns blazing on the war cliche

Carl Bildt: Impeachment and the wider world: Case against Trump very different than Clinton or Nixon

The case against Trump is very different to that against Nixon and Clinton as US foreign policy is at its very core and it comes at a time of rising global instability, says Carl Bildt

Alarm bells ring on our growing use of codeine

Earlier this year, when a California jury awarded $2bn to a couple who claimed Roundup weed killer caused their cancer, it seemed a high point. It was the largest US jury verdict against the company in litigation over the chemical and is, unsurprisingly, being contested

When Neil Armstrong took his fateful 'one small step' almost exactly 50 years ago, it was the culmination of an extraordinary effort that had begun back in 1961 when President Kennedy vowed that America would land a man on the moon before the decade was out.

How moon landing conspiracy theories began and why they persist today

Bill Kaysing was a former US Navy officer who worked as a technical writer for one of the rocket manufacturers for NASA’s Apollo moon missions, writes Peter Knight.

The former US Secretary of State has lashed out at world leaders who lie about the climate crisis and dismiss the scientific evidence.

Portrait of a piano man of Yarmouk

A collaborative effort makes ‘The Pianist of Yarmouk’ a clunky read, but that doesn’t take from the fact that this is a great story and provides a vital piece in the jigsaw of the Syrian war, writes Josephine Fenton.

Chaos erupted outside Texas' death chamber when the son of a condemned inmate became aggressive, shouted obscenities and threw fists after his father spoke his final words.

A staple of Irish television: Why it keeps on reeling us in

Denyse Woods was born in Boston, but has been living in Cork for almost 30 years, and is based in Inniscarra.

My column of February 26 explained that a unique charm of the Valle Gran Rey on the island of La Gomera in the Canaries is the laid-back “vibe” left over from the first hippies that arrived here, Vietnam War draft dodgers in the late 1950s.

Ghosts of the killing fields: The My Lai massacre 50 years later

The My Lai massacre — the worst American atrocity of the Vietnam War — took place 50 years ago next month on March 16, 1968, although US citizens did not become aware of it until 20 months later when freelance journalist Seymour Hersh provided the first substantial account.

Life in the trenches

Breaking Bad's Bryan Cranston: ‘Every movie should be anti-war’

Bryan Cranston is recalling the first time he saw the caskets lying in state and draped in American flags while on set for his latest film, writes Georgia Humphreys.

US senator John McCain has issued a veiled criticism of President Donald Trump's medical deferments which kept him from serving in the Vietnam War.

The essential work of the print media is no less important than decades ago. But for that work to continue, newspapers must be given a chance to survive, writes TP O&rsquo;Mahony.

US President Donald Trump hosts Thailand's junta leader at the White House on Monday, a rare instance of a military ruler being feted in Washington before even a nominal return to civilian rule.

A 29-year-old debut novelist has been shortlisted for this year's Man Booker Prize for a book she began writing on her mobile phone on her way to work.

Applause and cheers greeted Senator John McCain, who is battling brain cancer, as he returned to the Capitol on Tuesday to vote for moving ahead on legislation to dismantle Obamacare.

Fere we are, looking on aghast yet again as the Irish Athletic Boxing Association (IABA) airs more of its dirty linen out in public, writes Brendan O&rsquo;Brien.

Despite what they say, ‘Nam was never this bad

The Vietnam war and Lyndon B Johnson put in appearances at the Jobstown trial yesterday. It&rsquo;s all a long, long way from a west Dublin enclave and water charges, but such is the meandering journey of this unique trial.

A truly eclectic shortlist for the International Dublin Literary Award

The candidates for the International Dublin Literary Award (former Impac) have just been announced. Alan O&rsquo;Riordan looks at the contenders for the &euro;100,000 prize.

In bringing up the ravages of inner city crime, Donald Trump is highlighting an area where the US has been pretty successful in the past 20 years, writes Timothy L O&rsquo;Brien

A look at the glues used in modern medicine

Lisa Salmon on the adhesives at the heart of medicine

A Question of Taste with Michael Carr

Michael Carr is originally from Dublin, but has lived in Cork for 16 years. He co-runs Blue Monkey PR agency, looking after a variety of clients, and also presents The Green Room on Cork&rsquo;s 96FM on Saturdays at 6pm.

WHEN The Irish Press was first published in 1931 &mdash; P&aacute;draig Pearse&rsquo;s mother pressed the button to start the printing press &mdash; the paper&rsquo;s founder &Eacute;amon de Valera said the paper&rsquo;s purpose was: &ldquo;To give the truth in the news ...&rdquo;&nbsp;

Kevin Pilley&nbsp;takes on a &lsquo;Hillgrimage&rsquo; through the United States, following the path of Hillary Clinton.

Oliver Stone&rsquo;s film &lsquo;Snowden&rsquo; may change US public opinion and garner support to pardon the whistleblower, who performed a public service in the public interest, says James Bamford.

White House is a green light on the road to power

Like it or not, the power bestowed on the office-holder of President of the United States affects us all, says Bette Browne

All your entertainment news.

US presidential hopeful Donald Trump has said he believes relations between police and the nation's African-American community are "far worse" than people think.

Are old wounds being reopened in a divided America?

From a bruising presidential battle to bloody mayhem on the streets, America seems to be reliving the conflict of 1968, and it&rsquo;s time once more to challenge injustices, writes Maurice Isserman &nbsp; &nbsp;

Oscar-winning director Michael Cimino, whose film The Deer Hunter became one of the great triumphs of Hollywood&rsquo;s 1970s heyday and whose disastrous Heaven&rsquo;s Gate helped bring that era to a close, has died.

Muhammad Ali: Black and proud as he shook up the world

Muhammad Ali&rsquo;s Black Power activism may not fit neatly into the outpouring of grief, respect and reflection in the coming days and weeks after his death.

Muhammad Ali tributes: ‘To put him as a boxer is an injustice’

The death of Muhammad Ali, the former heavyweight champion known as much for his political activism as his boxing brilliance, triggered a worldwide outpouring of affection and admiration for one of the best-known figures of the 20th century.