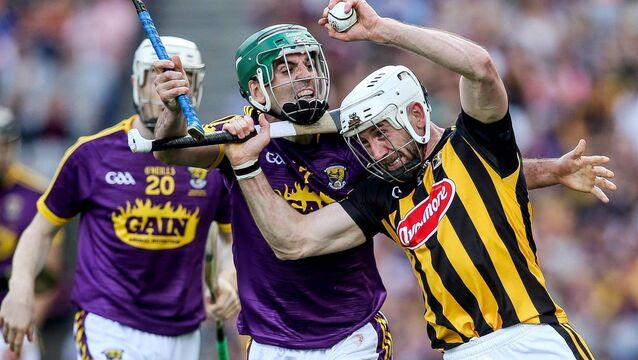 Kilkenny and Wexford to get Leinster semi byes

The Leinster Council are expected to hand semi-final byes to Kilkenny and Wexford for their senior hurling championship later this year. Prior to the introduction of the provincial round-robin stages in 2018, only the reigning Leinster winners were granted a bye into the semi-final. However, the council are looking at making the offer to last year’s finalists - Wexford beat the Cats by three poin 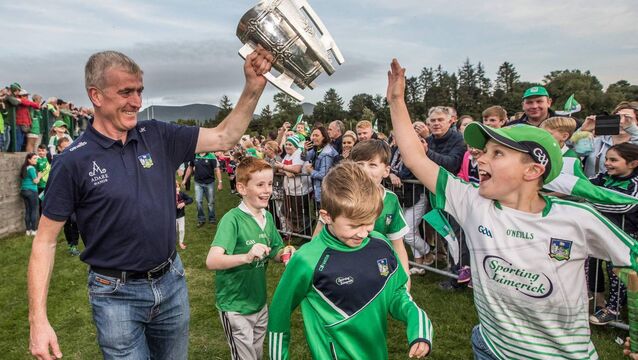 John Kiely would love to have turned back time in Galbally

Limerick senior hurling manager John Kiely admits he could have done more to honour people after the All-Ireland victory two years ago. 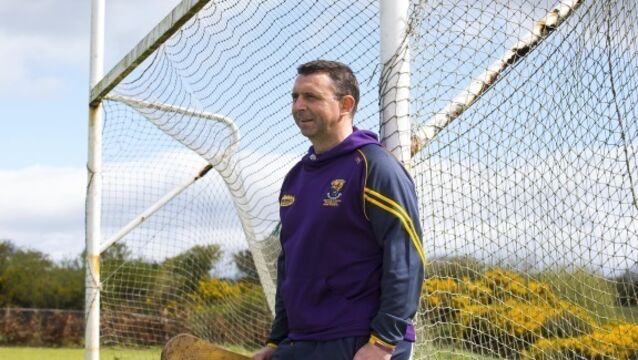 As a member of the last team to win the All-Ireland SHC without a backdoor, former Wexford star Larry O’Gorman is all for a straight knock-out inter-county championship.

Connolly speech one of finest ever heard at Croker

In accordance with the Government’s announcement to ban all outdoor gatherings up to a maximum of 500 people, the GAA have postponed all games until after March 29, which was the intended date for the conclusion of the Allianz Leagues, with the Division 1 and 2 football finals.

When Henry Martin wrote his book ‘Unlimited Heartbreak’ around a decade ago, he effectively documented what it said on the tin for the Limerick hurling public.

Boost for Galway as Joe Canning fit to face Tipperary

Galway hurling manager Shane O’Neill has received a boost with Joe Canning set to be available for next Sunday’s clash with Tipperary in Salthill.

Currid was part of John Kiely’s backroom team when Limerick ended their 45-year wait for the Liam MacCarthy Cup in 2018.

Limerick GAA have announced that Declan Hannon will continue as the county's hurling captain for 2020.

What's going, and what isn't, for the top-10 teams chasing Liam MacCarthy in 2020

What is the grist for the mill among the 10 Liam MacCarthy Cup teams in 2020? From Tipperary looking to roll back the years to the 1960s to Cork hoping to avoid the county’s joint-longest stretch without the Liam MacCarthy Cup, there is plenty to go around, writes John Fogarty.

Limerick's Diarmaid Byrnes wants to focus on the positives of 2019

The increased number of championship games brought about by the provincial round-robin format makes it harder to successfully defend the Liam MacCarthy Cup, according to Limerick’s Diarmaid Byrnes.

Tipperary County Board posted a deficit of €371,596 for 2019 after its accounts were published at annual Convention in Thurles last night.

Two-time All-Ireland winner Michael Duignan will go head to head with incumbent Tommy Byrne for the position of Offaly GAA chairman at next month’s county convention.

Back when Borris-Illeigh were winning county titles in Tipp and supplying captains to the county, Seamus Quigley and the lads from Kiladangan would tip over and celebrate with them. Borris were royalty and Kiladangan could only imagine.

And so, 14 years becomes 15, one short of Cork’s longest spell without the Liam MacCarthy Cup.

Micheál Donoghue set to remain at Galway helm until 2021

Galway hurling manager Micheál Donoghue has been given a two-year contract extension and is set to lead the Tribesmen in 2020 as they bid to bounce back from their earliest championship exit in over half a century.

Coady: Carlow not looking for more, just the same

Carlow hurler Paul Coady says his team have not been treated as equals in the Liam MacCarthy Cup, and a Championship restructure should keep them in the competition.

The Shannonsiders were overturned by Cork in their opening game in the Gaelic Grounds after winning both of their home games in Munster last year.

Brian Carroll: Everything set up to suit Munster elite

Former Offaly hurler Brian Carroll insists the same rules should apply to Munster as they do to Leinster and relegation has to be a factor.

The GAA are set to return to naming a panel of 14 referees across their top two hurling championships.

Following their victory over Clare in the league last Saturday week, people queried Cork’s reliance on Patrick Horgan for scores.

He was wearing the No 13 jersey on his back last Sunday, and only registered 0-1, but the positioning of Ger Aylward at centre-forward for Kilkenny against Cork was extremely eye-catching, writes Peter McNamara.

Attendance estimated at over 4,500 at Millstreet showcase of Ireland’s pedigree dairy breeding and trade exhibition

Limerick coach hails champions: ‘When they’re under pressure that’s when they perform best’

On the wall at his home in Tralee, etched in words big enough to see anytime his eyes wander from his work, Joe O’Connor has written a reminder:

The Liam MacCarthy Cup has paid an emotional visit to the family of the late rock star and frontwoman of Limerick band the Cranberries.

When Limerick trailed Cork by six points with almost as many minutes of normal time to go in the All-Ireland semi-final, John Kiely would have been forgiven if he started to think like most Limerick supporters undoubtedly and understandably were at the time.

It goes without saying that the most remarkable line from last Friday&rsquo;s GAA statement concerning their initial decision to say no to the Liam Miller charity soccer game at P&aacute;irc U&iacute; Chaoimh was the admission they had sought legal advice to substantiate their point.

Dreams do come true. 19 years ago, Seamus Harnedy thought he was in dreamland lining up for a picture with the Munster Hurling championship trophy beside his local Killeagh heroes, Mark Landers and Joe Deane.

Carlow have ‘bit between their teeth’ as Limerick loom

Carlow manager, Colm Bonnar, has refused to rule out a shock result against Limerick, after claiming significant silverware at Croke Park for the second season running.

Some of you may consider yourselves to have been spoiled by the amount of hurling in recent weeks.

With emotions running high, Tipperary manager Michael Ryan could be excused for the odd oversight following Sunday&rsquo;s Championship exit. He claimed he saw no fatigue among his men, though players were starting to break down towards the end, some being treated for cramp and one or two others hobbling. After 21 tumultuous days, it was his players&rsquo; bodies that eventually gave in.

Ollie Canning believes Galway are even stronger this year and have grown in confidence as a result of winning the All-Ireland title.

Hours after Sunday&rsquo;s latest Munster SHC draw, Michael &lsquo;Brick&rsquo; Walsh thumbed a message on the Waterford WhatsApp players group. Nodding to his fumble that led to Patrick Maher&rsquo;s first goal, he claimed responsibility for the draw but vowed to make amends against Limerick this Sunday and encouraged his team-mates to look ahead to the game.

All too much for RTÉ

Alan Hansen doesn&rsquo;t do live TV anymore. After 22 years, he finished up as BBC&rsquo;s Match of the Day anchor pundit in 2014. Commanding he was, but not without sin, Manchester United coming back to haunt him following his infamous &ldquo;kids&rdquo; remark in 1995.

If you were going to market the forthcoming All-Ireland senior hurling championship, you might herald it as &lsquo;The 100-day War&rsquo;.&nbsp;

Boost for Galway as Glynn back on home turf for summer

Galway&rsquo;s defence of the Liam MacCarthy Cup has been handed a timely pre-championship boost with the news that attacker Jonathan Glynn will be based in Ireland for the summer and, therefore, available for the county&rsquo;s summer campaign.

Can Brian Cody prevent this slump becoming a Kilkenny drought?

The word from Kilkenny is that all leave has been cancelled.&nbsp;

New Offaly hurling manager Kevin Martin has admitted that the 2018 Championship will be particularly punishing on players.

If you turned on the heat in your home last Thursday evening it may have had as much to do with the football championship draw you were watching as the drop in temperature.

Taking shot in the dark

To paraphrase one of their associate sponsors, the GAA have claimed they backed brave on Saturday.

Munster Council chairman Jerry O&rsquo;Sullivan has thrown his weight behind the Croke Park proposal to transform the provincial championships from knock-out to round-robin.

Formats, fixtures and how hurling’s landscape could change forever

In 21 days, the first Special Congress in eight years will be convened to largely discuss proposals to amend the make-up of the All-Ireland senior, U21 and minor hurling championships from next year. So which ones make the grade and which don&rsquo;t hold up to scrutiny? John Fogarty examines the paperwork.

From a distance, the world looks maroon and white this morning.