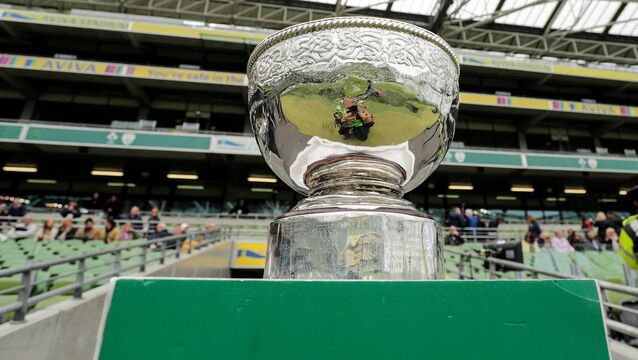 Domestic club rugby in Ireland will have a new, one-off look for the 2020-21 season with the IRFU unveiling a much-modified format for the resumption of the amateur game. 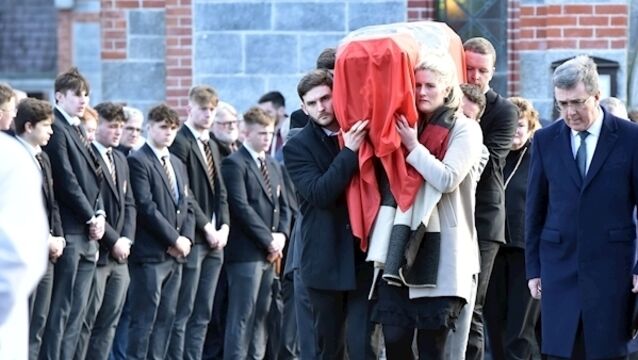 Garrett Fitzgerald: The man who sent many a Munster fan on their epic crusades

In one of the few conversations about his funeral arrangements, Garrett had told Áine that he didn’t want a blow-in giving his eulogy, and that it had better be funny. She did him proud on both counts, writes Michael Moynihan. 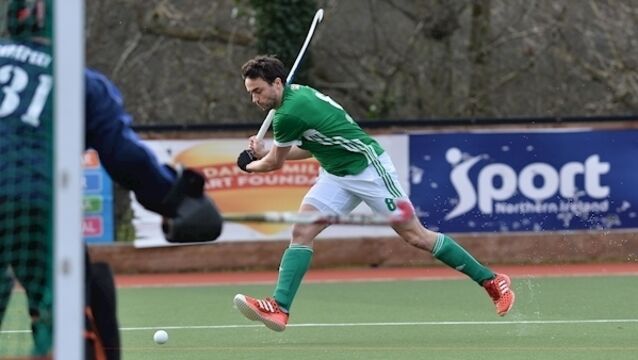 Hockey: Chris Cargo 'pretty much given up' on international career before 195-cap Irish run

Chris Cargo admits he had “pretty much given up” on an international career only for fortune to open the door on a 195-cap stint for Ireland.

Two U20 Six Nations winners among those added to Munster Academy

David and Conor Harte are set to return to the scene of their first international caps following their inclusion in the Irish men’s squad for the FIH Series finals in Le Touquet, France.

McNamara’s mantra: Failure is never fatal, it’s how you react to it

The Ireland U20s were not long celebrating their remarkable Six Nations Grand Slam before the demands of the rest of the season kicked back in and they had gone their separate ways.

Tyler Bleyendaal back to skipper Munster against Cheetahs

Scrum-half issues further up the chain have impacted on Munster A head coach Peter Malone’s selection for the visit of Dragons A to Cork this afternoon for this Celtic Cup third round game (5:30pm).

You would have got some odds at the start of the campaign that these two sides would go into the fourth weekend of the Pro12 not only not having won a match, but with neither of them having picked up a single point.

Paul O’Connell up for new challenge at Munster

Paul O&rsquo;Connell&rsquo;s decision to begin his coaching career from the bottom up has been endorsed by a former colleague, current Grenoble back coach Mike Prendergast.

Some of the most memorable news events of the year, both heartening and heartbreaking, were recalled at the annual People of the Year Awards.

Rhys McClenaghan: ‘I had a weekend off when the gym was shut — it was the most boring time of my life’

Fifteen-year old Rhys McClenaghan from Bangor in Co Down is one of Ireland&rsquo;s rising gymnastic stars. A strong all-rounder with a particular flair for the pommel horse, he has set his sights on making the Irish team for the European Youth Olympics in Tbil

Ulster's Director of Rugby David Humphreys is leaving the province to take a job at Gloucester, it has been announced.

A new perspective on the ancient game

It was a perfect day in Lee Valley Golf Club yesterday, sun kissing the spring-blooming flowers, the vista from the first tee-box picture-postcard perfection.

Some of the top blind golfers in Ireland hope to inspire a new generation to take up their clubs and tee-off as an international competition comes to Cork for the first time.

In the run-up to the new rugby season, our rugby correspondent Daniel Pitcher previews the four provinces ahead of the Rabo Direct Pro 12 openers on Friday. First up is Connacht and tomorrow he will take a look at Ulster.

The Irish Rugby Football Union has paid tribute to Ronan O'Gara as an "iconic figure'' as he announced his playing retirement in order to take up a coaching role with Racing Metro.

Munster have confirmed Ronan O'Gara's retirement from professional rugby saying his career is "a feat unlikely to be surpassed".

Munster’s underage girls teams will be hoping to show the benefits of an early start to their preparations as their interprovincial tournaments get underway at Three Rock Rovers tomorrow.

Revington: We reached point of no return

Paul Revington left the Irish hockey public with more questions than answers over his departure after admitting his tenure as senior men’s coach had reached “the point of no return”.

Ireland’s narrow Olympic qualification miss was put into further perspective last night as they swatted aside London-bound South Africa 4-2 in the Celtic Cup at Lisnagarvey.

Ireland left with plenty to work on after London Cup defeats

Ireland left the Investec London Cup with some stinging words from Great Britain coach Danny Kerry ringing in their ears, after they finished bottom of the pile thanks to a 3-0 defeat to Great Britain in Chiswick.

Denis Pritchard will be particularly interested in how Ireland’s women fare for their clubs in this weekend’s final round of the Irish Hockey League, after he was this week appointed interim national coach.

He’s not on Twitter or Facebook, but John Jermyn can’t resist swiping his girlfriend Louise’s smartphone from time to time to see what his Irish international hockey team-mates are up to.

Graham Shaw has been appointed the Irish U18 boys coach as he aims to impart some of the top-level knowledge garnered in more than 150 international caps.

IRELAND senior men’s coach Paul Revington received a deserved early Christmas gift yesterday when he was named as one of world hockey’s best coaches for 2011.

Olympic qualification the carrot for Ireland

IRELAND’S men and women tip off their European championships campaigns this weekend both hoping to cause a major surprise and nick an Olympic place in the process in Moenchengladbach, Germany.

Twin brothers hope one road leads all the way to London

THEY both support Manchester United and list Roger Federer as their sporting idol — but twin brothers Conor and David Harte also have plenty of less superficial things in common.

MIRIAM CROWLEY has been handed a chance to prove her international credentials at the highest level, after she was the bolter named in Gene Muller’s squad for the EuroHockey Nations Championships in Moenchengladbach, Germany later this month.

IRISH hockey was yesterday celebrating one of the most famous results in its recent history, after the senior men’s side routed world number six Korea 5-1 at the INSEP Five Nations in Paris yesterday.

Ireland bury their French hoodoo in style at Lille

IRELAND’S senior men gave coach Paul Revington plenty more to chew on as they came away from Lille with the Champions Challenge II title in the bag following a 4-2 final defeat of France.

IRELAND’S tournament hoodoo against France almost resurfaced before Eugene Magee saved the day with the last touch of the match in a 2-2 Champions Challenge II draw in Lille yesterday.

THE feelgood factor for Irish hockey continued last night in Belfield as a second quarter blitz saw a sixth win in four days for the country’s senior teams as they beat China 4-2.

Old friends team up to show Azerbaijan no Mercy

IRISH hockey is on a high this morning after a stunning weekend’s work saw the senior men’s and women’s teams rack up four significant wins between them.

JEAN MCDONNELL has been handed the chance to prove her Irish international credentials after she was named in an 18-strong squad for next week’s FIH Champions Challenge I in Dublin.

Irish miss out on Celtic crown

CELTIC CUP glory continues to elude Ireland’s senior women, but coach Gene Muller nonetheless has plenty of positives to take from his side’s first tournament of 2011.

IRELAND’S senior women begin a hectic summer schedule in Scotland over the June Bank Holiday Weekend, as they bid to annex the Celtic Cup for the first time since 2006.

Munster fan Reals is one in a million

A MUNSTER fan will become the 1,000,000th visitor to go to a Magners League game this season when Munster take on Leinster in the Grand Final at Thomond Park next week.

Munster legend Quinlan to call it a day

Veteran Munster flanker Alan Quinlan will announce his retirement in the coming weeks, it was confirmed today.

JOHN JERMYN has returned to the international fold ahead of Ireland’s series of friendlies against the Netherlands in Seville, but there is still no sign of his Cork C of I club-mate David Hobbs in the squad.

The IRFU has announced the appointment of Philip Morrow as the new Head of Fitness.

Cregan on the cusp of caps record

EIMEAR CREGAN admits she has had plenty of lucky breaks along the way as she stands on the cusp of becoming the most capped Irish hockey player of all time.

Institute out to celebrate on the double

CATHOLIC INSTITUTE will be keen to mark their centenary year in style as their men’s and women’s teams both contest the Munster Senior Cup finals on home turf at Rosbrien, Limerick today.

IRELAND’S senior women’s squad touched down in Nice, France yesterday ahead of this weekend’s Celtic Cup tournament, knowing many are in the last-chance saloon as they bid to secure a place in the squad for next month’s World Cup qualifier in Chile.

Ki Sung-Yeung faces the rest of January on the sidelines after twisting his ankle on his Celtic debut.

ENOUGH is enough for big Michael Reid, as he resigns after 12 rollercoaster years in the role as chief executive of Ulster Rugby.