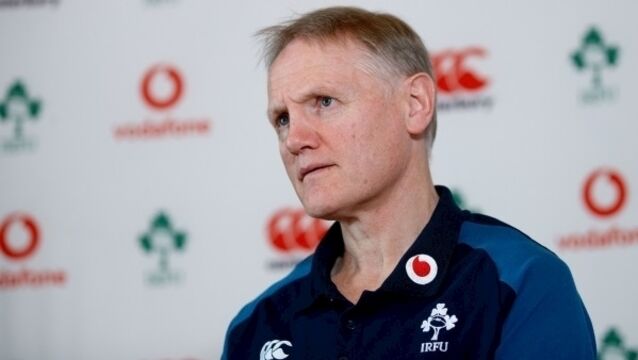 Personnel may have changed but potency remains

Joe Schmidt wasn’t having any of Steve Hansen’s mind games after Ireland saw off the All Blacks last November. 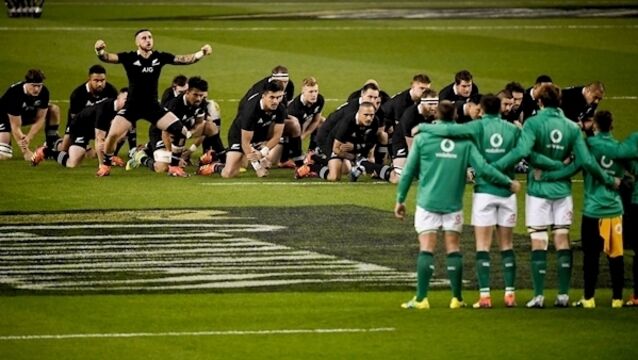 All Blacks a very different proposition to last November

Joe Schmidt wasn't having any of Steve Hansen's mind games after Ireland saw off the All Blacks last November. 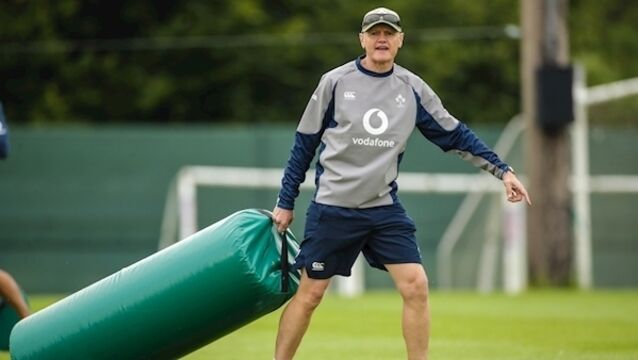 Michael Cheika: Schmidt has not been found out

All Blacks coach Steve Hansen named four uncapped players in an extended 39-man squad for the Rugby Championship as he looks to finalise his World Cup selections over the next six weeks.

By full time in Eden Park last weekend, so many history books were torn up that the bill might have bankrupted Beauden Barrett.

Is GAA discipline ready for a quickfire championship?

AS Ireland&rsquo;s Grand Slam celebrations began at Twickenham on St Patrick&rsquo;s Day, Na Piarsaigh and Cuala played out a thrilling draw in the All-Ireland Club hurling final at Croke Park.

All Blacks coach Steve Hansen has backed half-back Aaron Smith to play well in tomorrow&rsquo;s Bledisloe Cup opener against the Wallabies despite the latest allegations about his airport &ldquo;toilet tryst&rdquo; scandal.

All Blacks back in business

The All Blacks juggernaut hit a road bump in the British and Irish Lions series but it should be back to business as usual for the world champions when they take on South Africa, Australia and Argentina in the Rugby Championship.

All Blacks flanker Jerome Kaino has insisted he had no intention going out to injure Conor Murray during last Saturday's first Test against the British and Irish Lions.

Steve Hansen beefs up All Blacks for tour ties

All Blacks coach Steve Hansen has called up 19-year-old outside back Rieko Ioane to the squad for their tour of the United States and Europe.

The All Blacks&rsquo; ability to seal the Rugby Championship with two rounds remaining highlighted the burgeoning gap between the world champions and the rest of the sides, though the team were not prepared to let their final games become footnotes.

All Blacks brush aside Austrailia, and bugging mystery

Michael Cheika is reluctant to heed fresh calls to shift Israel Folau to the centres as the Wallabies travel to Wellington striving to arrest their worst losing streak in more than a decade.

The final score was embarrassing for the Wallabies.

It comes ahead of their first Bledisloe Cup game with Australia today.

More than rugby pride is at stake when Australia and New Zealand clash in this afternoon&rsquo;s World Cup final Remember when your little brother or sister beat you for the first time?

The great and the good of this wonderful game will gather in London this weekend for a gala event that will bring down the curtain on a wonderful six weeks of intrigue and excitement that has showcased its finest exponents at the peak of their powers.

Conor McGregor is an unlikely inspiration behind Australia&rsquo;s run to the World Cup final.

The odds are stacked against Australia as they head into Saturday&rsquo;s Rugby World Cup final with arch rivals New Zealand, but coach Michael Cheika is refusing to contemplate defeat.

It&rsquo;s four days after Dan Carter starred in a demolition job over the Wallabies, and he is sitting in the Eden Rugby clubrooms, a couple of spiral kicks away from Eden Park, with a smile as wide as the 41-13 scoreline by which his team retained the Bledisloe Cup.

It was such an uplifting, outlandish tale, one which saw a figure who had once been derided and abused become nothing less than an instant national treasure, that Stephen Donald was told by his one of his teammates after they&rsquo;d won the World Cup: &ldquo;Beaver, mate, there&rsquo;s gotta be a film in your story.&rdquo;

Ronan O&rsquo;Gara&nbsp;suggests it&nbsp;is not so much the no 10 who is pivotal to Rugby World Cup success, but the goal-kicker.&nbsp;

Aussies win Rugby Championship after win over All Blacks

Australia have won the Rugby Championship and ended a long barren run against New Zealand, firing a World Cup warning shot to England and Wales in the process.

Richie McCaw warns All Blacks must up their game

All Blacks captain Richie McCaw has declared there can be no excuses for his side in this morning&rsquo;s Rugby Championship decider against Australia and warns they&rsquo;re in for a tough game if they don&rsquo;t improve.

Ireland must learn from 2007 meltdown

So where do we stand after the autumn interntionals, asks Donal Lenihan?

Despite all the upheaval, history has shown the Aussies are a resilient bunch.

It&rsquo;s that time of year again, as rugby&rsquo;s giants and potential giant-killers head north of the equator to take on Europe&rsquo;s powerhouses in their own backyards.

New Zealand come away with a draw in Australia

Australia foiled New Zealand’s bid to win an historic 18th consecutive Test as the Bledisloe Cup rivals played out a 12-12 stalemate at the ANZ Stadium.

All Blacks crush Wallabies in opener

O'Connor: I will learn from mistakes

James O’Connor has some regrets from the recent British and Irish Lions series but has vowed to change his ways in order to remain in the Australia fold.

New Australia coach Ewen McKenzie has no concerns over playmaker Quade Cooper’s ability to perform under pressure ahead of his likely Test return against the All Blacks next month.

McKenzie has All Blacks in his sights

Ewen McKenzie is targeting Bledisloe Cup success after being installed as the new Australia coach yesterday.

Robbie Deans has been sacked as Australia head coach following the Wallabies’ Test series defeat to the British and Irish Lions, according to reports in the Australian press.

I argued the toss with Gatland over O’Driscoll. He knows how big a call he’s made

It’s a dozen years since our columnist was manager of the Lions tour heading into a decisive final test in Sydney. He’s been facing his demons this week.

Australia full-back Kurtley Beale will get the chance to make up for his poor performance in Sydney last weekend after being named on the bench for tomorrow’s clash with New Zealand at Eden Park.

Quade Cooper is poised to return to the Australia team for Saturday’s Rugby Championship clash with New Zealand in Auckland.

Australia captain David Pocock suffered a serious knee injury during yesterday’s 27-19 defeat by the All Blacks, the Wallabies have announced on their official website.

Sonny Bill back on form as All Blacks defeat Australia

Sonny Bill Williams made a triumphant return to ANZ Stadium as New Zealand claimed victory over Australia in the Rugby Championship opener.