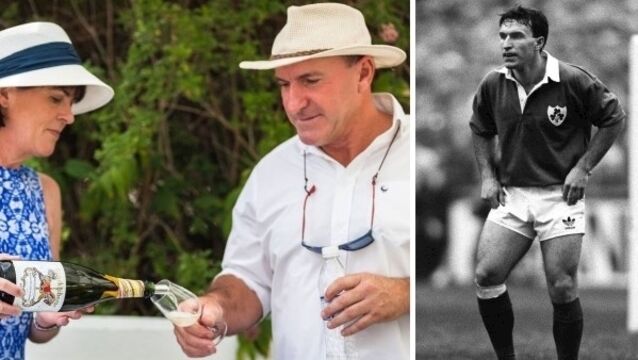 Dave Curtis took the road less travelled on his journey from Zimbabwe to an Ireland jersey in the early 1990s and the return trip has been just as interesting and rewarding. 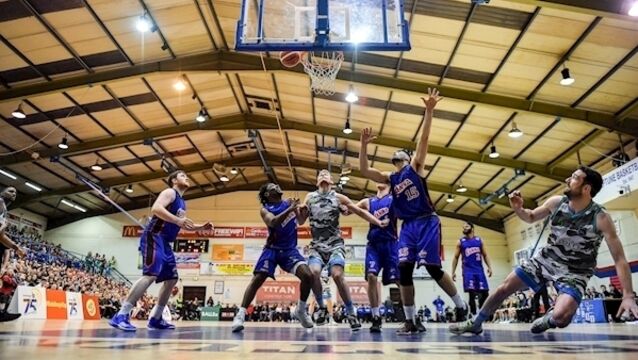 Basketball: Netsiyanwaa man of words but a man of action too

Hillary Netsiyanwa’s deep, Dublin brogue sweeps confidently over the backing guitar, the naked love for his home town stitched into every line of the poem he has spent months perfecting before releasing it out into the unending warren that is Spotify. 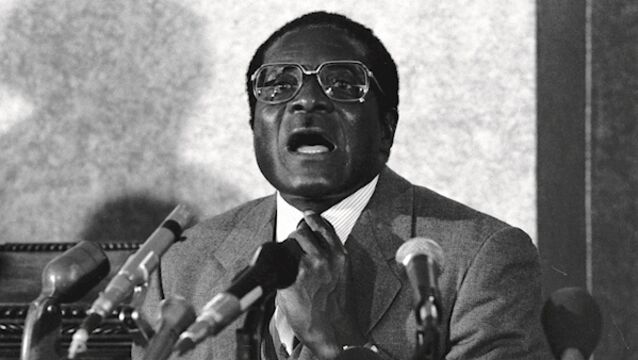 Robert Mugabe brands his removal from power as 'coup' and 'disgrace'

A Zimbabwean court has freed "for now" an American woman charged with subversion for allegedly describing former president Robert Mugabe on Twitter as a "sick man".

First white farmer gets land back under Zimbabwe's new leader

A white Zimbabwean farmer evicted under the government of Robert Mugabe has returned to a hero's welcome as the first to get his land back under new President Emmerson Mnangagwa.

Zimbabwe's new leader has called for the "unconditional lifting" of sanctions that he says have crippled the once-prosperous country's development.

Zimbabwe's former finance minister has testified that armed, masked men in uniform abducted him from his home during the military operation leading to the ousting of Robert Mugabe and held him for a week in an unidentified location.

Contrasting ways of accepting the past were seen this week when two mass murderers, suffered very different fates.

Mugabe will not face prosecution after resigning, ZANU-PF says

Zimbabwe's ruling party promised Robert Mugabe that he would not be prosecuted if he resigned, a party official said.

Questions remain over the future of Robert Mugabe, who ruled Zimbabwe for 37 years, and his wife who just days ago was poised to succeed him.

Sorting truth from contradictions of Adams may take generations

While intensive and daily negotiations about peace were going on, the IRA planned and executed a terrible atrocity. Adams&nbsp;honoured&nbsp;the bomber, writes&nbsp;Fergus Finlay

Zimbabwe's ruling party has ordered impeachment proceedings to begin against President Robert Mugabe and expressed confidence he could be voted out within two days.

Mr Mugabe ignored a midday deadline by the party's central committee to resign.

But, the changing of the guard is coming and Mary Lou McDonald is the clear favourite to take over the role as Sinn Féin leader.

'It's like Christmas,' says marcher as thousands in Harare call for Robert Mugabe's removal

Thousands of people are marching in Zimbabwe's capital Harare to demand the removal of Robert Mugabe from power after nearly four decades.

Crowds gather in Harare to march against beleaguered Robert Mugabe

Opponents of Zimbabwe's president Robert Mugabe are preparing to demonstrate for the ousting of the 93-year-old leader who is virtually powerless and deserted by most of his allies.

Regime change in Zimbabwe: Mugabe’s tyranny at an end

SPEAKING before his death almost exactly 11 years ago, Ian Smith, prime minister of Rhodesia from 1964 to 1979 and a controversial figure by any standards, said that he would happily walk down any street in Harare &mdash; Salisbury in his time &mdash; but that his successor Robert Mugabe dare not.

MORNING BULLETIN: Probe into claim sexual harassment within Prison Service was covered up; Online abuse by FG member is ‘unacceptable’

After widespread shock and condemnation, the head of the World Health Organisation is "rethinking" his appointment of Zimbabwe president Robert Mugabe as a "goodwill ambassador."

The wife of Zimbabwe's president Robert Mugabe has returned home from South Africa.

Update 7.09pm: Lawyers for the young model who claims Zimbabwe's first lady Grace Mugabe assaulted her in a Johannesburg hotel have said that her family has been approached with an offer of money to drop the allegation.

The wife of Zimbabwe's president has been accused of assaulting a young woman at a hotel in South Africa.

Less than 10 years ago, South Africa looked on the cusp of a glorious period. Instead it is in danger of throwing it all away through misstep after misstep, writess Kyran Fitzgerald.

Robert Mugabe: I have a mandate to lead

Zimbabwean President Robert Mugabe has celebrated his 93rd birthday surrounded by thousands of supporters in a defiant show of strength after nearly four decades in power.

Zimbabwean president Robert Mugabe, who turns 93 in February, has been endorsed as the ruling party's candidate in a national election scheduled for 2018.

Robert Mugabe appeals for calm amid economic crisis in Zimbabwe

Zimbabwean president Robert Mugabe has appealed for calm as his government battles to contain a debilitating economic crisis.

Thousands of South Africans have called for the resignation of president Jacob Zuma in a series of demonstrations.

#Ploughing16: Taoiseach hints that he will be staying on as party leader until 2018 as he 'focuses on horizon'

&ldquo;This not a time to mess around,&rdquo; Taosieach Enda Kenny proclaimed to a welly clad and rain drenched bunch who had made their way into the Fine Gael tent at the National Ploughing Championships.

Zimbabwe's 92-year-old President Robert Mugabe arrived home today after an overseas absence that led to rumours about a health crisis, joking to reporters: "Yes, I was dead".

It is a pack of lies to say the current Coalition inherited &ldquo;a wreck&rdquo;. And it&rsquo;s not convincing people, writes&nbsp;Victoria White.

Zimbabwe’s president Robert Mugabe arrived home from a weeks-long holiday looking sprightly, quashing rumours that he had a heart attack.

And now for something completely different...

Vice-captain Kevin O&rsquo;Brien has been named in the Ireland squad to tour Zimbabwe and Namibia in October.

As the tyrant totters towards decrepitude, his country slides into famine.&nbsp;By Graham Boynton

ITALIAN police yesterday arrested three Libyans and two Algerians accused of human trafficking and multiple homicide in connection with the presumed death by drowning of more than 200 migrants after a ship capsized in the Mediterranean on Wednesday.&nbsp;

Zimbabweans will start exchanging &lsquo;quadrillions&rsquo; of local dollars for a few US dollars next week, as president Robert Mugabe&rsquo;s government discards its virtually worthless national currency, the central bank said.

German chancellor Angela Merkel yesterday paid tribute to Soviet soldiers killed in WWII as she called for co-operation with Russia amid tensions over Ukraine.

President Robert Mugabe of Zimbabwe marked his 91st birthday by speaking for more than an hour on his feet, delivering a defiant speech in which he threatened to take over land and animal sanctuaries still in the hands of whites.

Zimbabwe president Robert Mugabe has marked his 91st birthday by delivering a characteristically defiant speech in which he threatened to take over land and animal sanctuaries still in the hands of white people.

Elephant on menu as Mugabe turns 91

As Zimbabwe president Robert Mugabe prepares for an &ldquo;obscene&rdquo; $1m birthday party, the European Union made it clear they would not be bringing any gifts to his table.

The Irish government lavished Zimbabwean premier Robert Mugabe with gifts during his visit to Dublin in 1983, newly declassified files reveal.