Real names should be registered on dating apps to prevent 'catfishing' — The 2 Johnnies
wardPlace: UK
 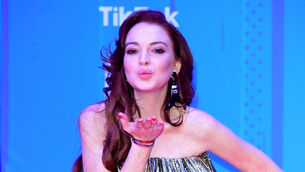