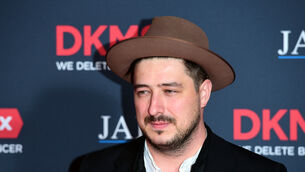 Marcus Mumford reveals he suffered sexual abuse as a child