Get into the knitty gritty with ten woolly wears
MadonnasudocremDublinIrishCelebrity
 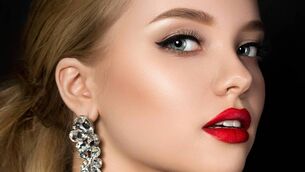