Kaitlyn Dever: My knowledge of Shakespeare was not great before Rosaline 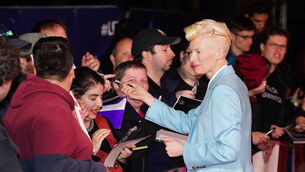