Culture That Made Me: Reginald D Hunter on Richard Pryor, Alex Haley and Southern wit
 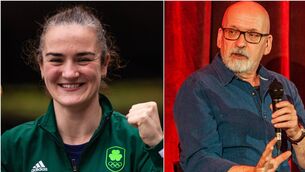