Hidden Assets review: It's getting fierce fishy altogether as we reach the halfway point 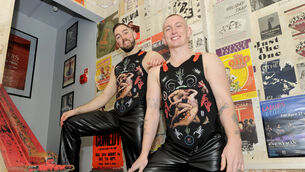