Grab it and change it: Ten punk, ska and reggae albums that everyone should listen to 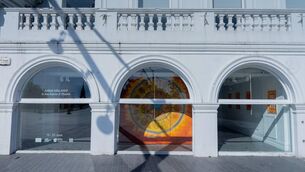