Brendan Fraser on The Whale: 'Don’t judge books by their cover' 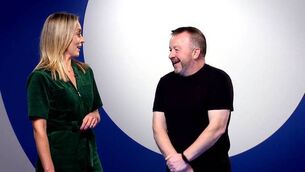