Stephanie Roche: This week's dance has me thinking 'the state of me'
 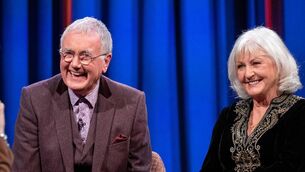