Film review: Girls Can’t Surf takes us back to the 80s for a terrific story 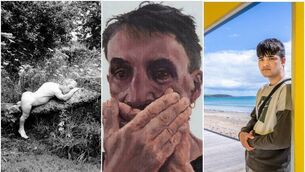