I tracked down my son's online bully and called his mother

'It's time for a new adventure': Tara Kumar announces her 2FM departure 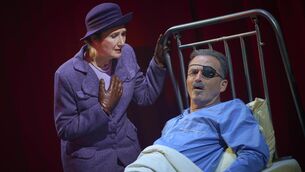