Suzanne Harrington: The ageism raining down on Madonna is dated, dull, and getting old

Colm O'Regan: I'm jealous of my eldest daughter, but it's a good jealousy

I'd like to see Kick the Can remade as a TV show. It has to be better than The Floor is Lava
 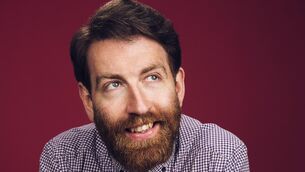