Marjorie Brennan how a small act of kindness led to him becoming a top chef and how the days of being aggressive and abusive toward staff are numbered.">
X
    
Marjorie Brennan

Caitríona Redmond: How to eat sustainably on a budget 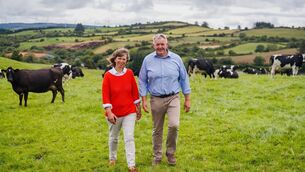 Taste the Nation: This West Cork farming family turned their passion into a thriving business