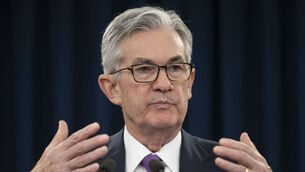 Oliver Mangan: Central Banks are not for turning on rate hikes